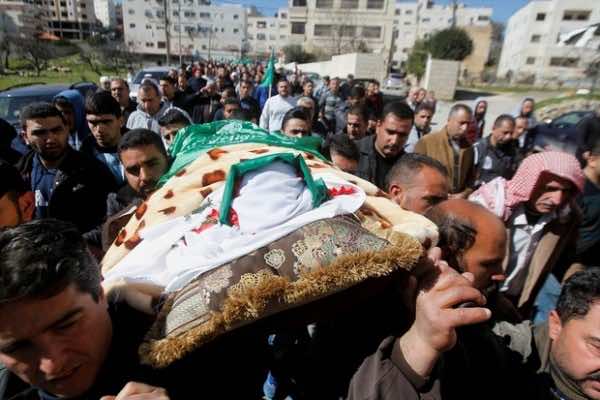 Rabat – Five Palestinians were killed, and another seriously injured, on Sunday after what Israeli forces allege were unprovoked attacks on Israelis.

The deaths occurred in four separate incidents. Three of those killed were believed to be teenagers.

Despite the allegations that all of the attackers were armed and threatened to cause harm, no Israelis were hurt in the events.

The first incident occurred in the city of Jenin in northern West Bank, and involved two 15-year-old boys who were seen throwing stones at passing cars.

A patrol then arrived to the scene. The patrolmen claim that the teenagers shot at them with a rifle. It was then that the patrol returned fire, killing them both.

A Palestinian Red Crescent Society (PRCS) spokesperson said in an early statement to Maan News that after the boys were injured, the patrolmen stopped anyone from providing medical treatment to them.

The next killing came at a checkpoint outside Jerusalem, where police claim they were forced to open fire on a 17-year-old after he attempted to attack officers with a knife.

In the third incident, Israeli police claim  that two Palestinians opened fire on them with automatic weapons in Jerusalem’s Old City before being killed.

In the last incident, a 14-year-old girl was seriously injured while walking with her sister past a military checkpoint, according to Palestinian sources. The sisters, neither of whom attempted to attack anyone, were fired upon with their backs turned, and the girl badly injured.

Israeli versions of the incident include the claims that the young girl had attempted to stab the heavily armed officers with a knife.

In the past four months alone, more than 160 Palestinians have been killed in Israel, almost all of whom were said to be attackers.