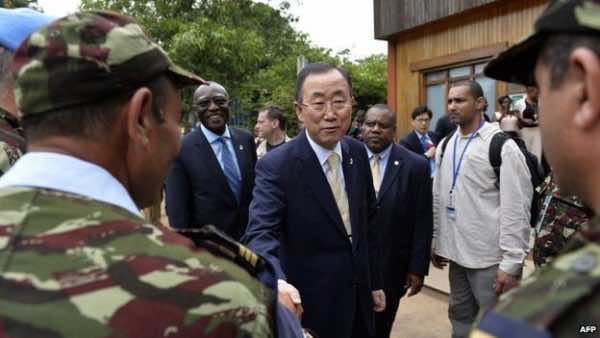 The statistics, published by the French magazine “Jeune Afrique”, reported that 2,314 Moroccan soldiers participated in peacekeeping missions in war-torn countries.

120 countries currently participate in 18 peacekeeping missions in Africa, according to statistics published by the UN.

Morocco’s leadership in this field comes from the country’s long history of participating in peacekeeping beyond its borders, especially in countries such as Rwanda, Burundi, Mali, Cote d’Ivoire, the Central African Republic, and others.

Morocco’s role in ensuring peace in the Sahara led UN Secretary General Ban Ki-moon to praise King Mohammed VI on his cooperation to ensure long-term peace in the region.

During a telephone conversation with the King, preceding the resumption of the peacekeeping mission in the Sahara in January 2015, the Secretary General recognized Morocco’s contributions in helping the UN meet the goals set out in its charter.

“The Secretary-General spoke with His Majesty King Mohammed VI of Morocco on Thursday, January 22?, the UNSG Spokesperson said in a statement at the time, adding that he has expressed his appreciation for Morocco’s “valuable support of the activities of the United Nations, particularly in peacekeeping and in a number of critical issues in Africa and the Middle East”.