Rabat - Morocco on Monday pledged its support to the announcement by the Libyan Presidential Council of the formation of a Libyan national unity government, chaired by Fayez Al Saraj, in the Moroccan city of Skhirat (outskirts of Rabat). 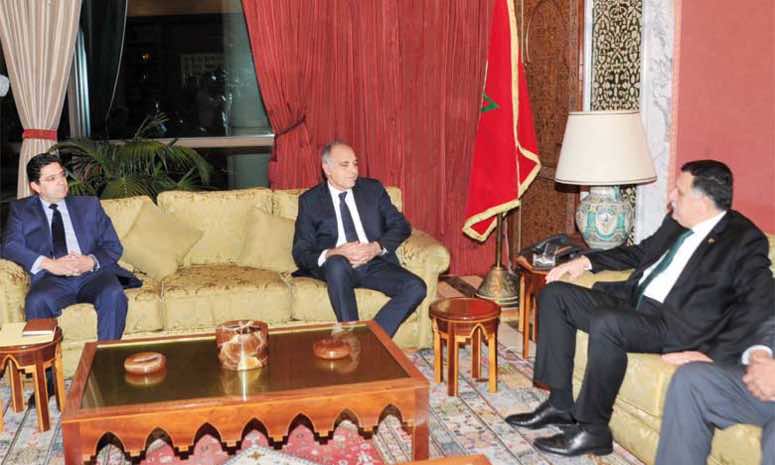 Rabat – Morocco on Monday pledged its support to the announcement by the Libyan Presidential Council of the formation of a Libyan national unity government, chaired by Fayez Al Saraj, in the Moroccan city of Skhirat (outskirts of Rabat).

“This is an encouraging step forward in the process of the implementation of the political agreement reached between the Libyan parties on December 17 in the Kingdom of Morocco”, the Ministry of Foreign Affairs and Cooperation said in a statement.

Morocco hailed the spirit of compromise and national responsibility that marked the consultations held under the auspices of the United Nations Support Mission in Libya (UNSMIL), and called on “all the Libyan parties to consider the gravity of the delicate phase Libya is going through in the light of the huge challenges this brotherly Maghreb country is facing”, the statement added.

Morocco also urges the Libyan parliament to get positively engaged in implementing this step in order to preserve the spirit of consensus and reach a democratic transition to establish an institution-based State which guarantees Libya’s unity, sovereignty, security and stability, the statement added.

“Morocco, which has always supported a political solution to the Libyan crisis, hopes that this fundamental step will contribute to strengthening the State’s capabilities to face the growing terrorist threat in the country and put an end to the political division”, the same source underlined.

The Kingdom also reiterated its support and solidarity with the Libyan people to achieve their legitimate aspirations for stability, peace, democracy and prosperity, adding that it is ready to carry on providing the necessary help to Libyan national unity government to complete this process.

Morocco called on countries supporting the political solution in Libya to continue providing all the necessary conditions to alleviate the suffering of the Libyan people.