Rabat - The Philippines is accelerating its plans to become one of the world’s preferred destinations for Muslim tourists. 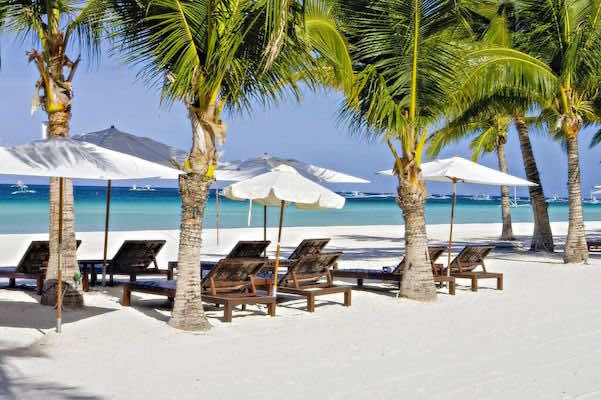 Rabat – The Philippines is accelerating its plans to become one of the world’s preferred destinations for Muslim tourists.

The Philippines Department of Tourism (PDOT) has unveiled a series of initiatives to create a long-term infrastructure across the country with the purpose of attracting Muslim tourists from Asia and the Middle East.

Under a new partnership with Crescent Rating, the world’s leading authority on Halal travel, the Philippines aims to foster its capabilities and resources as well as launch a destination marketing campaign to fulfill its objectives.

This partnership seeks to encourage the PDOT to begin several projects that will further increase awareness of the availability of Halal rituals such as Halal food, mosques, and other Muslim-friendly holiday experiences and facilities in the Philippines.

The Muslim travel market is now widely recognized as a key growth sector for tourism and is projected to be worth U.S. $200 billion by 2020.

The Philippines’ geographical location and close proximity to large Muslim populations (e.g. Indonesia) enable the country to be a unique, attractive destination for Muslims around the world.

Secretary Ramon R. Jimenez, Jr. of the PDOT said, “The Philippines receives close to 566,000 visitors from the Middle East, parts of ASEAN, as well as India and Israel. This forms our base market to extend Halal services and to move forward. Halal is not only a religious matter, but our nation’s concern. “

He went on to show that the goal of the projects’ economic aims is to promote Halal industry in the country: “Hence the impetus in the development of the halal industry must be economic rather than just cultural. Improving the Halal industry in our country will not only serve to advance the lives of Muslim Filipinos and attract more tourists, but it could also help spur growth in the Philippine economy.”

In this manner, the country is aspiring to maximize the economic growth of Halal products.

It also anticipates working with online travel guides for Muslims such as CresentRating’s sister, HalalTrip, to launch a dedicated Muslim Visitor Guide and foster its offerings through online campaigns by using social media influences in Asia and the Middle East.

Fazal Bahardeen, CEO of CrescentRating, said, “We are delighted to have entered into a partnership with the Philippines Department of Tourism on their maiden journey into the Muslim-friendly travel market and are excited about working together.”

He continued to describe that the Philippines is distinguished by its unique cultural background, which allows the country to attract as many Muslim tourists as possible from all over the world: “Looking at the Philippines’ unique culture and heritage, we believe there is a huge potential for the destination to position itself and inspire Muslim visitors to choose Philippines for their next holiday.

“Muslim tourists are now bolder and more daring in their travel choices, and the Philippines presents a great offering for those looking for natural beauty and culture,” he added.

The Philippines is a Southeast Asian country composed of more than 7,000 islands, offering a wide array of amazing experiences from waterfront promenades to its centuries-old Chinatown.