Rabat - The annual average temperatures is expected to increase by 0.5 to 1 degree Celsius by 2020 and 1 to 1.5 degrees Celsius by 2050 across Morocco, according to Maghreb Arab Press (MAP). 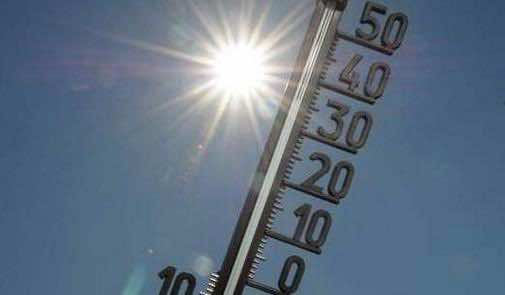 Rabat – The annual average temperatures is expected to increase by 0.5 to 1 degree Celsius by 2020 and 1 to 1.5 degrees Celsius by 2050 across Morocco, according to Maghreb Arab Press (MAP).

The Communication, whose results were presented on Tuesday in Rabat, noted a downward trend in annual cumulative rainfall, which will vary  between 10 and 20 percent to 30 percent in the Saharan provinces by 2100.

“Climate change is already underway in Morocco in view of climate trends observed between 1960 and 2005,” reported the paper presented at a seminar on “climate change policy in Morocco: realities and prospects”.

Average annual temperatures have increased from 1.0 to over 1.8 Celsius and precipitation has declined, between 3 and 30 percent, with a 26 percent drop in the northwest of the country, considered Morocco’s most humid area.

Major economic sectors were identified as particularly vulnerable to climate change in Morocco, including water resources, agriculture, and forestry at the national level and in two selected areas in the south, namely the Souss-Massa basin and the oasis area.