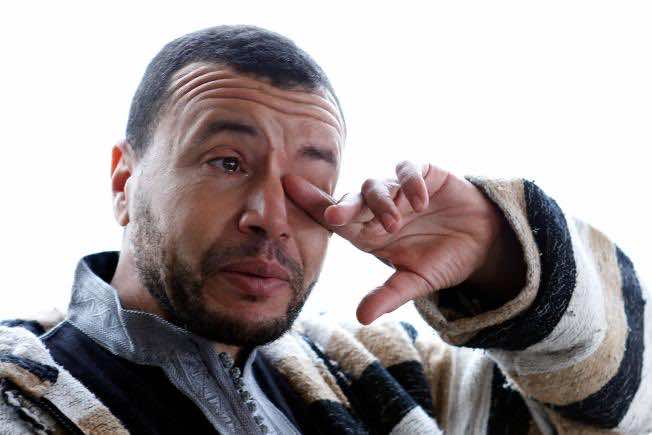 Rabat – Younis Abdurrahman Chekkouri, a Moroccan man who was provisionally released from a Moroccan prison after nearly 14 years in Guantanamo Bay last Thursday, condemned the violence of the Islamic State and spoke on the physical abuse he was subjected to by U.S. forces.

During an interview with the Associated Press on Monday, Chekkouri said bounty hunters captured him in Pakistan in December 2001, while in route to Afghanistan to continue his study of Sufism, which he had previously conducted across the Islamic world, in countries including Sudan, Yemen, Syria.

Along with a group of suspected terrorists, Chekkouri said he was taken to a room in Pakistan, where a group of “people with blonde hair and blue eyes” immediately asked him for the name of the terrorist group he allegedly belonged to.

Even though he denied the allegations, false accusations made by fellow detainees led the U.S. military to disregard his claims of innocence until 2009, according to unclassified appeals documents.

Initially, Chekkouri and his younger brother, Ridouane, who was released from Guantanamo Bay in 2004, were detained in the province of Kandahar in Afghanistan, where, in efforts to extract intelligence information, U.S. forces would resort to extreme violence while trying to use the brothers against each other, Chekkouri said. At one point they even broke Ridouane’s arm, he added.

“The only positive part about Guantanamo was that I ate three meals a day there,” Younis Chekkouri said.

Chekkouri said that he and his fellow Guantanamo bay detainees followed the rise of the Islamic State closely behind the bars and proceeded to condemn its actions.

“Islam is innocent of this group and its actions,” he said. “They are criminals.”

Chekkouri is expected to be reunited with his Algerian wife, who currently lives in Algeria, in two weeks.

Speaking of how their married life turned out to be, Chekkouri said,” Ours is a unique story, worthy of a Hollywood film.”

“I saw my niece yesterday and embraced her. I went to sleep at night thinking she was my daughter,” he said. “They’ve deprived me of being a father.”

During a hearing scheduled for February 23rd, Moroccan security forces will decide whether Chekkouri will face conspiracy charges. The hearing has been postponed multiple times.