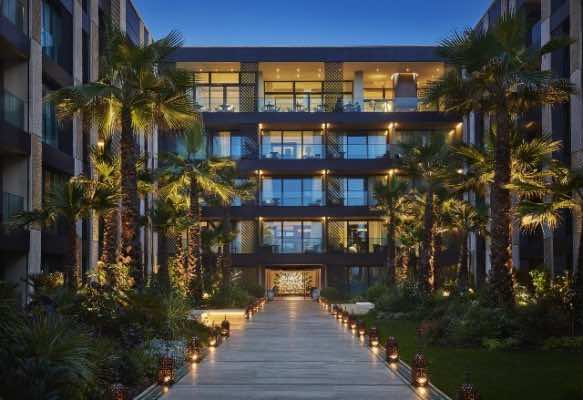 Rabat – Three weeks since the official inauguration of the Four Seasons Hotel Casablanca, its management team is still trying to obtain a liquor license from Moroccan authorities. The authorization has been delayed due to the hotel’s location, which directly faces a mosque, according to Medias24.

The renowned five-star hotel chain is at risk for not being granted a liquor license due to the terms of a royal decree dating back to 1967. In line with the provisions of the decree, establishments that are located near holy sites, places of worship, cemeteries, military buildings, and hospitals cannot obtain an authorization for the sale and consumption of liquor. The new branch of the Four Seasons is located in front Al Saud Mosque on the Casablanca Corniche.

Denial of a liquor license could cause serious losses for the hotel chain, which has invested MAD one billion into building the hotel and expects to make MAD 260 million in business during its first year.

According to Medias24, the hotel administration declined to comment on the status of the liquor license.

“We do not know anything about it and the procedures for obtaining a license are under study,” a hotel official said.

In terms of statutes regarding the sale and consumption of alcoholic beverages, there are two categories of venues with separate legal ramifications. The first category considers the sale of alcohol as a main activity, as in bars, for example. The second category sells alcohol as a complementary service, as is the case of hotels.