Washington  - Morocco, which was the first nation to recognize the United States of America after the Declaration of Independence, is a "very important ally" of Washington, US Secretary of State John Kerry said Thursday. 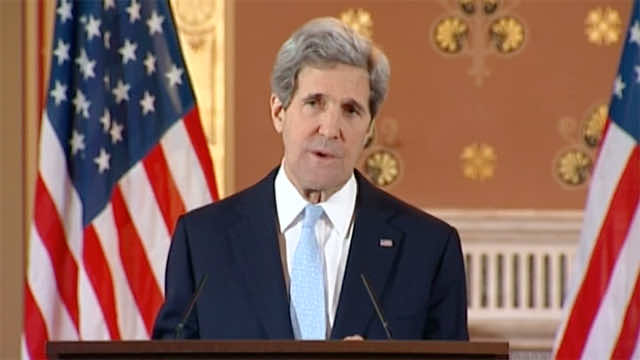 Washington  – Morocco, which was the first nation to recognize the United States of America after the Declaration of Independence, is a “very important ally” of Washington, US Secretary of State John Kerry said Thursday.

“Morocco was the first nation to recognize the United States after the Declaration of Independence”, US Secretary of State told the press before his meeting with Foreign Minister Salaheddine Mezouar, adding that Washington has since had “long-standing relations with the Kingdom.

“Recalling that Morocco is an important non-NATO ally of the United States, Kerry underlined that the Kingdom is also “a partner (of Washington) in the fight against terrorism and the efforts aimed at promoting stability in the region in general”.

The US Secretary of State noted that the kingdom “is now deeply committed to finding a solution to the Libyan crisis”, expressing the “gratitude” of the Obama administration towards Morocco, under the leadership of HM King Mohammed VI, for His initiative to host the inter-Libyan dialogue.

Kerry also said that his talks with Mezouar will address many issues, notably the Sahara issue and “our common commitment” vis-à-vis the issue of climate change.

“We look forward to seeing the contribution of Morocco in this area”, US Secretary of State stressed.