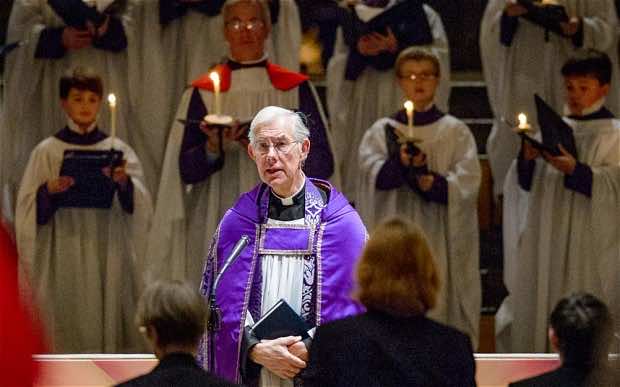 Rabat – The Church of England revealed forecasts that predict already low congregation sizes will be reduced by half in the next 30 years.

“On all likely measures of success, given the demographics of the church, it is unlikely we will see a net growth in church membership within the next 30 years,” said the Church’s finance chief John Spence. “I could have given you other facts, but I think you get the point.”

These estimates signal a bleak future for religion in England, which has been in steady decline for decades.

England is officially considered a Christian country, but a 2015 study by BSA (British Social Attitudes) would suggest otherwise. Results showed that only 42 percent of Brits consider themselves to be Christian, comparative to 49 percent who refer to themselves as being ‘unaffiliated’ or non-theistic.

Many have pointed out changing social attitudes towards religion in England. In January of this year, one Church of England official spoke to the Telegraph about how faith is viewed as “odd and unusual” in public sectors. It is hard to find evidence to the contrary – many feel that religion has simply become unfashionable among typically Christian demographics.

“The culture [is] becoming anti-Christian, whether it is on matters of sexual morality, or the care for people at the beginning or the end of life,” said Archbishop of Canterbury Justin Welby, the head of the Church of England, when addressing an Anglican community recently.

Older congregations are also a worry for many. Some have suggested that deaths of members of generally elderly church-going communities account for a 1 percent decrease in congregation sizes every year.

Not everyone sees the situation so bleakly, however. Church of England spokesperson Arun Arora pointed to the fact that the estimates didn’t consider a change in attitudes. Initiatives being taken such as the upcoming “renewal and reform” scheme, where £72 million is to be spent on improving Churches in areas with younger audiences, could be key.

“The reference to 30 years is based on projections which assume no change, and underscore the importance of the renewal and reform programme,” she argued.

“They do not factor in the changes being proposed. Most crucially, as the Archbishop of Canterbury said this morning, we trust in the grace and transforming power of the spirit of God, who empowers and equips the church.”

Interestingly, as Christianity sees a decrease in popularity, Islam has become the nation’s fasting growing religion. Estimates by BSA showed that between 2013 and 2015, the Muslim population in England grew by one million people. Over the same period, the Christian population decreased by two million.