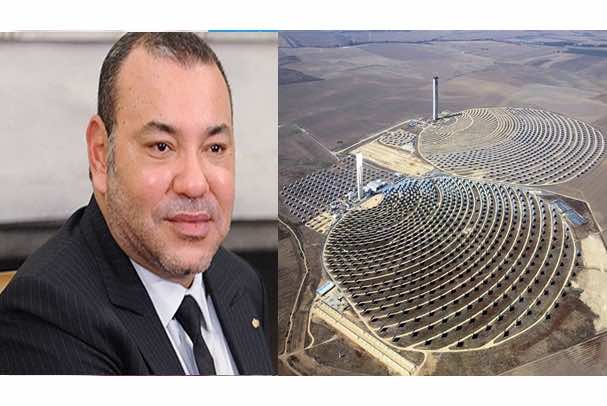 The channel described Noor I, located just outside of Ouarzazate, as “the new pride of Morocco”, adding that the site, on the edge of the desert, sparkles everywhere.

The channel noted that the location of the solar complex was intelligently chosen for its maximum sunshine 320 days out of the year.

“Here, the wealth is not underground but in the sky,” the report said.

The channel also described plans to extend the solar complex with two new phases, Noor II and Noor III, which will increase the complex’s output to provide power to 1.1 million Moroccans by 2018. 600,000 Moroccans currently benefit from the first phase, Noor I.

For Morocco, opting for renewable energy is a way of reducing energy expenditures and dependence, the report said, while observing that the country still imports 95% of its electricity.

It is estimated that once construction of all three phases is complete, the plant will reduce the country’s carbon emissions by 760,000 tons per year, while offsetting energy dependence by approximately two and half million tons of oil.

The International Energy Agency estimates that up to 11 percent of the world’s energy needs could be met by using concentrated solar power (CSP), the type of technology used in the solar complex. Using CSP technology could prove to be especially beneficial to the Middle East and North Africa, since the region boasts significant solar resources and ambitions to meet the European Union’s growing energy demands.