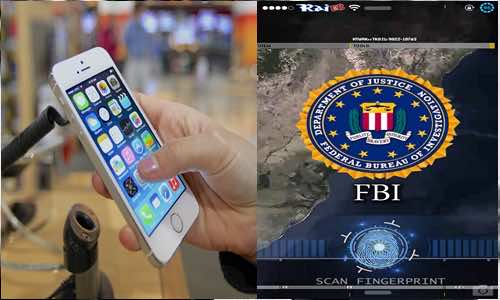 The FBI investigation into the San Bernardino terrorist attack has led to a dead-end. Unable to break into the iPhone of the male shooter who was killed along with his wife in a shootout with the police, the FBI went to the court to compel the tech company Apple to help the investigation by unlocking the phone of Syed Rizwan Farook.

According to Democracy now, the FBI’s attempt to break into the phone has taken more than two months.

This development has stirred a public debate over privacy and cybersecurity similar to that of Edward Snowden in 2013, when then the government contractor leaked documents that proved that the US government was amassing a large amount of information about its citizens, in what many call a violation of the Fourth Amendment of the US Constitution.

Edward Snowden was quoted by Democracy Now as saying, “This is the most important tech case in a decade”

Apple CEO Tim Cook said on Tuesday night in an open letter to the company’s customers, “Up to this point, we have done everything that is both within our power and within the law to help them. But now the US government has simply asked us for something we do not have, and something we consider too dangerous to create. They have asked us to build a backdoor to the iPhone.”

The decision to resist the court order, analysts say, springs from the fact that Apple’s customer acquisition and retention hinges upon the security that it provides to its users. Cook added in the same context, “We are challenging the FBI’s demands with the deepest respect for American democracy and a love of our country. We believe it would be in the best interest of everyone to step back and consider the implications.”

In an interview with Amy Goodman, Alex Abdo, a staff attorney at the National Security Project, said that the FBI demands represent a new level of authority that the government attempts. “It’s an unprecedented demand that Apple not just give the government information it has, but that Apple write software that hacks into one of its users’ phones,” Abdo told Goodman.

Alex Abdo predicted that the courts “will ultimately side with Apple, because what the government is asking for in this case is a bridge too far.”