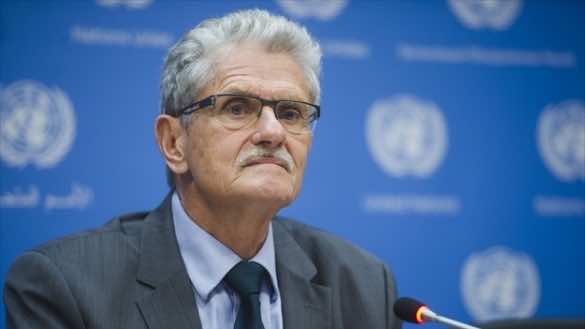 Speaking at a joint press conference with Delegate Minister to the Minister of Foreign Affairs and Cooperation Mbarka Bouaida, Lykketoft said that his talks with Bouaida focused on COP 22 and on the measures that the Kingdom and the General Assembly will undertake together to ensure the success of this event. He highlighted the importance given by both sides to the sustainable development goals approved last September at the last UN General Assembly.

The meeting also focused on the role played by Morocco in the General Assembly on many issues, including the preservation of peace and security worldwide, and its role in the field of humanitarian action, he added.

Lykketoft said that talks also focused on common challenges in North Africa and the Middle East and efforts aiming at dedicating more resources to resolve conflicts in the region.

For her part, Bouaida stressed that Morocco is an active partner in the United Nations on several issues, in particular sustainable development objectives, and highlighted progress made by the Kingdom in this field.

Discussions with the UN official also tackled regional and international crises, peace and security issues, as well as initiatives undertaken by Morocco and the humanitarian aid it has provided to several countries worldwide, the minister said, adding that she also discussed with Lykketoft the latest developments of the Sahara issue.

Lykketoft had also talks with the Head of Government Abdelilah Benkirane.