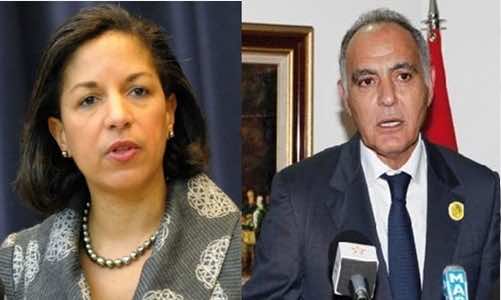 The meeting was an opportunity to highlight the numerous reforms undertaken in Morocco and the central role of the Kingdom in its regional environment under the leadership of HM King Mohammed VI, Mezouar told MAP.

Talks also focused on the excellent strategic partnership between Morocco and the United States, in particular since the summit meeting at the White House between HM King Mohammed VI and President Barack Obama in November 2013, he added.

Mezouar and the US official also discussed the situation in North Africa, the Sahel and the Middle East, particularly in Mali, Libya, and Syria.

“We share the same assessment regarding the need to support the new Libyan government of national unity and work together to lead the fight against extremism and help the stabilization of the sub-region,” he said.

Mezouar had on Thursday talks with US Secretary of State John Kerry on the means to promote the “excellent” cooperation relations between Morocco and the United States.