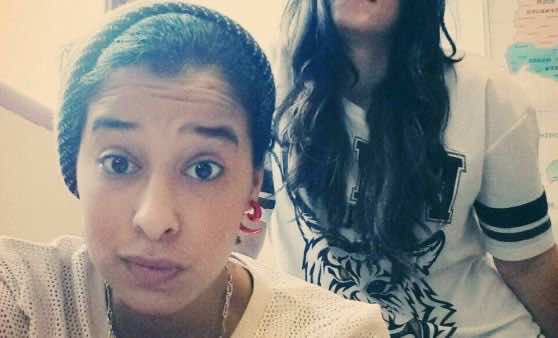 Rabat – Meriem Rehaily, a Moroccan-Italian teenager who decided to fight for the so-called Islamic State (ISIS) last summer, has asked for help so that she can return to her family in Italy, according to Italian media.

After managing to get in contact with one of her relatives in mid-January, Rehaily asked her family to “save [her]” and bring her home.
“I can’t take it anymore, help me, please,” she told her family last month in a phone call that was intercepted by Italian police, according to Italian news website Nextquotidiano.it.

Rehaily ran away from her home in Padua, Italy, on July 14th, 2015 after a successful campaign by an Algerian recruiter to lure her into the internationally condemned terrorist organization. “I’m going to the beach with my friend,” she told her parents the day of her departure to Syria. Her parents immediately reported her disappearance to the police.

Investigations by Italian authorities into her disappearance revealed the recruiter’s techniques. At first, he contacted her through the mobile-based Whatsapp in an effort to gain her confidence.

After Rehaily began to trust him, he began contacting her by phone while routing his calls through the United States to gain credibility. During this time, Rehaily reportedly spent hours on “jihadist” forums and discussing radical ideas with the recruiter on Skype.

By mid-July, Rehaily had made the journey to Syria to fight for ISIS. The Italian police believe Rehaily boarded a plane in Bologna to get to Turkey, from where she headed to Syria, according to Italian news source ANSA.

Italian media sources confirmed that the country’s government listened to the conversation and decided to launch an operation to protect the teenager’s family.

“It is likely that ISIS elements will seek revenge against the family after realizing Meriem’s desire to return to Italy,” according to Italian media.

More than a month after expressed her desire to defect from ISIS, she has not returned home.