Rabat - Egyptian journalist and TV anchor, Tawfiq Oukasha paid am impassioned tribute to King Mohammed VI following his decision to give up Morocco’s right to host the 27th Summit of the Arab League, which was initially scheduled to take place in Marrakech in early April. 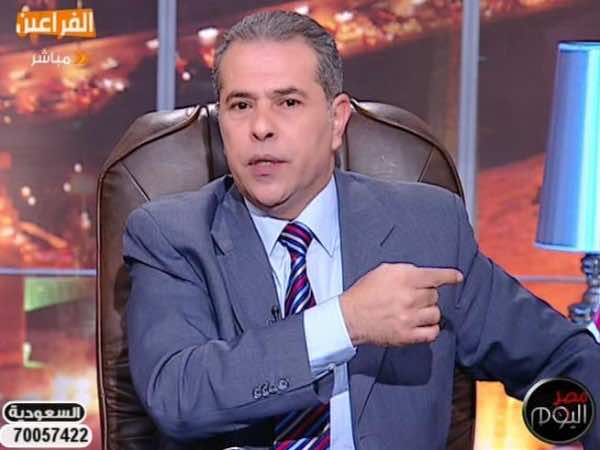 Rabat – Egyptian journalist and TV anchor, Tawfiq Oukasha paid am impassioned tribute to King Mohammed VI following his decision to give up Morocco’s right to host the 27th Summit of the Arab League, which was initially scheduled to take place in Marrakech in early April.

“Morocco refused to host the Arab League Summit. That’s why I would like to convey my respect and pay a vibrant tribute to His Majesty King Mohammed VI, King of Morocco.,” said Okacha in video footage that has been widely shared on social media on Monday.

The Egyptian anchor went on to add that he will send a request to the Moroccan embassy in Egypt to ask for a meeting with King Mohammed VI.

“I will contact the Ambassador of the Moroccan Kingdom in Egypt and ask him to arrange for an appointment between me and King Mohammed VI. I want to go see him, kiss his hands and come back,” he said.

Okacha was so thrilled by King Mohammed VI’s decision that he described as a hero and a leader of the Arab world.

“I will go see him and tell him, you are a hero, and son of an hero, a leader and son of a leader, you are the greatest head of state and greatest king in the Arab world.”

The Egyptian anchor emphasized that the Moroccan monarch said the “truth” when he said the conditions in the Arab world are not ripe to hold a successful Arab League Summit.

“We need to stop telling us stories. The Arab world is incapable of any initiative! So what is an Arab summit? It is a message of profound respect that I send to the king of Morocco for his courage and lucidity,” he added.

Upon instructions from King Mohammed VI, Morocco decided last Friday to cancel the 27th ordinary summit of the Arab League.

In the wake of the ongoing challenges in the Arab World, the Arab Summit could not be an end in itself or an occasional ordinary meeting, the statement from the Moroccan Ministry of Foreign Affairs said.

“The objective conditions to guarantee the success of the Arab Summit and take decisions that live up to the situation and the aspirations of Arab peoples are not met,” it added.