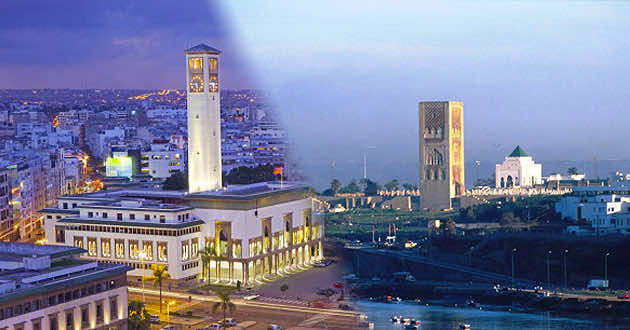 Rabat – A new list by Mercer, an American consulting firm, ranked Rabat at 116th place and Casablanca at 125th place for the quality of life they offers to their inhabitants.

Published on Tuesday, the rankings are meant to provide multinational companies with the information they need to compensate their employees fairly with a quality-of-living allowance and a mobility premium when they are on international assignments, according to the press release.

Personal safety is the key factor to measure the quality of life for expatriate workers, added Ilya Bonic, senior partner and president of Mercer’s Talent division.

The report noted that despite security issues in the past year and optimistic projections of Europe’s economic future, European cities continue to offer some of the world’s highest quality of life to their citizens. Ten out of the top 20 cities listed are in the European Union

A total of 22 cities in the Arab League appeared on the list. Two cities from the United Arab Emirates – Dubai (75th) and Abu Dhabi (81st) – topped the Arab cities in the rankings. Baghdad appeared last on the international list at 230th place, after Khartoum (226th) and Sana’a (228th). Amongst the Arab cities listed, Rabat and Casablanca ranked 6th and 9th respectively.

In the Americas, Canada came ahead of the United States. Three Canadian cities – Vancouver (5th), Toronto (15th) and Ottawa (17th) – appear in the top 20, while the first U.S. city to be selected is San Francisco at 28th place. 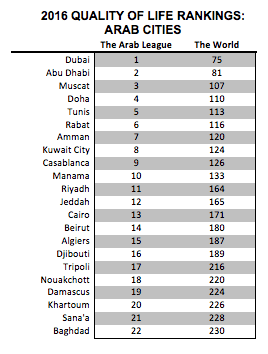