Rabat - In an address made to Congress Tuesday, US President Barack Obama reiterated his call to close notorious detention facility Guantanamo Bay. 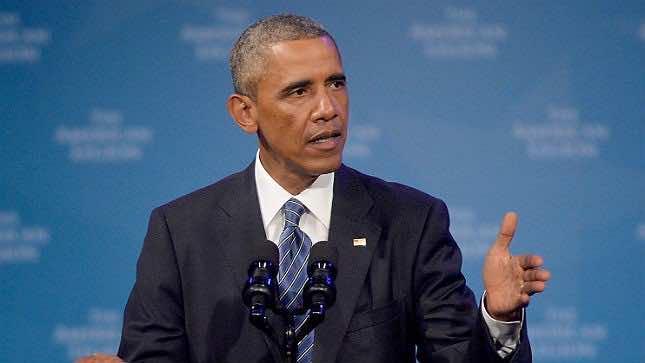 Rabat – In an address made to Congress Tuesday, US President Barack Obama reiterated his call to close notorious detention facility Guantanamo Bay.

“For many years it has been clear that Guantanamo Bay does not enhance our national security—it undermines it,” the President said.

Obama stated his desire to close the center within one year when he was inaugurated as president in 2009. While he has been successful in signing acts that restrict the movement of prisoners to the facility, he has encountered a host of problems, including opposition in Congress from Republicans, which have limited his influence on the matter.

In his speech today, Obama backed up his original call, outlining a plan that would see inmates moved either to facilities on the US mainland or abroad.

“The plan we’re putting forward today isn’t just about closing the facility at Guantanamo. It’s not just about dealing with the current group of detainees, which is a complex piece of business because of the manner in which they were originally apprehended and what happened. This is about closing a chapter in our history,” Obama said.

Guantanamo Bay became well-known during the US involvement in the war in Afghanistan; suspects were routinely captured, taken to the center, allegedly for processing, and often held for many years. It has been widely purported that suspects were held with minimal evidence against their names, and were subject to intense levels of torture and violence.

“It’s counterproductive to our fight against terrorists, because they use it as propaganda in their efforts to recruit,” Obama said. “Keeping this facility open is contrary to our values. It undermines our standing in the world. It is viewed as a stain on our broader record of upholding the highest standards of rule of law.”

The Republican response to Obama’s plans was immediate, with former presidential candidate John McCain claiming that the President’s proposals did not equate to “a credible plan for closing Guantanamo, let alone a coherent policy to deal with future terrorist detainees.”

The statement coincides with news that broke earlier the same day that one of four militants associated with the so-called Islamic State (ISIS or Daech) recently captured in Spain and Morocco was a former Guantanamo inmate.