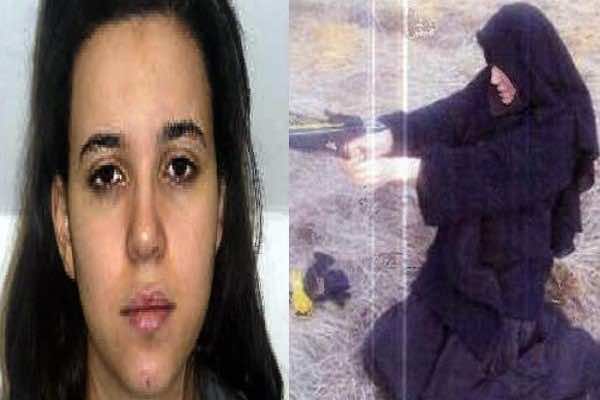 Rabat – Extremism is a dangerous phenomenon that attracts the attention of many, particularly in North Africa and the Middle East, and can simultaneously influence and be influenced by other phenomena.

Ancient religious extremism describes offensiveness, blasphemy, and all religious acts of rejection. It is a way of understanding religious texts separate from the common meaning. This is the understanding that leads to undesired results such as overuse or neglect of the religious rules.

The term extremism is used in reference to the distance from the norms, values, ??and behaviors that are socially acceptable, leading to individual, or collective, violence organized in order to destabilize society and impose their opinions on others.

From that point, the ideology may turn into a political activity that will often resort to psychological, physical, or intellectual terrorism against anyone who prevents them from achieving the principles that encourage the extremism.

Until recently, violent extremism, intolerance, and terrorism were often seen as areas for men without any consideration of women’s participation in it. However, the radicalization of women and their participation in terrorist organizations is hardly a phenomenon as extremist attacks committed by women have increased and their continuous affiliation to the ranks of terrorist groups raises a lot of concern and apprehension.

Female extremism can be expressed through a variety of ways, although the most common reference would be female suicide bombers. This is not the only function that women in terrorist organizations serve as they may be entrusted with other roles such as logistics, recruitment, executive leadership, fighters, and ideological or political leadership. Until the end of the 20th century, the role of women in terrorist organizations was characterized by mostly providing support functions to male counterparts such as intelligence gathering or health care providers. Although women may still take these jobs, there is a shift towards more extreme functions for women.

Women may be attracted to extremism for many reasons. Two specific reasons can be seen. First, revenge for a family member against those perceived to be the administrator can easily stimulate the female suicide bombers. Second, social alienation in societies where women are marginalized, due to gender discrimination or lack of rights, may be the starting point in attracting women to terrorist organizations who give them a sense of belonging and even superiority. The feelings resulting from marginalization, discrimination, and gender inequality are often used by terrorist groups who push women to extremism as a form of empowerment.

On the other side of the spectrum, we see women activists that struggle to prevent extremism and counter-terrorism. Governments are well aware of the important role women can play to face violent extremism and they invest this in strategies and programs to empower women, as well as reduce their recruitment by terrorist organizations, and urge women to actively counter violent extremism.

To counter violent extremism, governments must build strategies based on empowering women, starting from the fight against poverty, marginalization, and lack of economic opportunities, one of the basic factors that drive women to violent extremism.

The Moroccan model of the fight against extremism

The Moroccan government has responded to the threat of terrorism by identifying ways and taking measures to increase women’s activities, building and strengthening their capabilities and improving their quality of life, thereby reducing the possibility of extremism and terrorism. These measures include establishing micro-credit programs, increasing the enrollment of girls in primary schools, and creating ways to better living through work in garment factories.

In Morocco, where poverty also leads to exacerbation of extremism, the government has implemented several measures to combat extremism and the differences based on gender and the integration of women in society. In 2004, there was the first introduction of amendments and revisions to the family law, which aims to improve social and economic positions of women. In 2005, the government launched a successful program to ratify women preachers in the religious sphere, known as Morshidates, aiming to promote religious moderation, tolerance, and limit extremism. More than 500 women have benefit from the program, their work is now being promoted and expanded in prisons and among young people and women in the communities.

Although it is difficult to gather specific and concrete statistics on the effects of these initiatives on the potential radicalization of women and their recruitment by terrorist groups, it shows the success of the fight against terrorism. When implementing these initiatives began in 2004, Morocco was 17 on the scale of indicators of terrorism, based on global terrorism issued by the Institute for Economics and Peace Index data. (Note: This indicator measures the countries ranging from the most affected by terrorism from top to bottom). By 2011, its rank has improved and Morocco moved to 39 out of 158 countries.

The other way to fight terrorism is to involve women in the decision-making process, particularly in terms of development of policies and strategies that deal with extremism and anti-terrorism initiatives. The integration of women in such decisions is a recognition of their strategic role in fighting extremism because of their key place in families and communities.

The way forward to fight radicalization of women

We must also raise women’s voices in the areas of peace and security. Mothers are on the front-line of defense and prevention from extremist terrorism given their unique strategic location. Mothers are often the heart of their families and the closest to their children, so they have the ability to identify characteristics or behaviors that may refer to extreme ones.

Governments must recognize the increasing role of women as active participants in the terrorist groups. We also call for increased government funding for research on the motives behind the extremism of women. This would promote the development of effective preventive strategies to address the root causes that lead to the radicalization of women.

According to a 2006 report by the Special Rapporteur of the UN on The Promotion and Protection of Human Rights and Fundamental Freedoms in the Context of Fighting Against Terrorism, terrorist groups still recruit massively marginalized individuals, who are often women, with the promise of a better life. Moreover, the Special Rapporteur explains that in order to reduce the appeal of terrorist groups, it is important that governments and parties promote and strengthen the role of women and children, meet their needs, and protect and promote human rights in order to improve their lives.

With this in mind and the factors motivating women to join the terrorist organizations able to be linked to inequality between genders, governments must put more effort to empower women through the promotion of educational, economic, and professional opportunities. This is not only a measure to combat terrorism, but it promotes women’s rights as a human and full citizen.

In particular, we must focus on poor and rural areas and conflict zones, which represent fertile ground for terrorism and the highest rate of recruitment of potential extremists. Governments should also focus on cooperation with local civil society organizations because they often have a greater ability to directly access the individuals.

Another recommendation would be to increase government funding for the staff of non-governmental organizations in order to increase their effectiveness in supporting the most vulnerable individuals to radicalization as well as reducing the recruited ones by terrorist groups.

In its resolution 1325, the UN Security Council stressed the role of women in peace-building and security and the need for equal participation which is based on an equal footing for women as well as their full participation in all efforts for the maintenance and promotion of international peace and security.

Finally, the participation of women must be integrated and active in anti-terrorism initiatives which form part of the overall agenda of peace and security and, thus, the involvement of women in decision-making related to elaboration, implementation, and evaluation of anti-terrorism policies and strategies.

We should emphasize the importance of implementing resolution 1325 to increase the role of women in decision-making processes effectively and the introduction and integration of the gender approach in anti-terrorist policies and strategies.

Loubna Amhair is a member of the Moroccan Parliament.