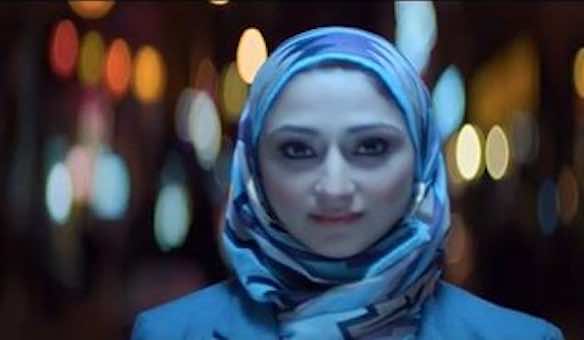 According to The Intercept, the AFRL posted a revised version of its white paper titled “Countering Violent Extremism: Scientific Methods & Strategies” citing a summit convened by Obama on extremism last February as a reason for reintroducing the subject.

One chapter titled “A Strategic Plan to Defeat Radical Islam” is written by Dr. Tawfik Hamid, a fellow at the Potomac Institute for Policy Studies and a self-described former Islamic extremist. Hamid’s ideas include weakening, what he calls, the “hijab phenomenon.” According to his claims, this occurs when increasing numbers of women start wearing the hijab as a “response to the propagation of “Salafi jihadist” ideologies in the their area.”

“The proliferation of militant Salafism and the hijab contribute to the idea of passive terrorism, which occurs when moderate segments of the population decline to speak against or actively resist terrorism,” Hamid claimed in the paper.

Later on, Hamid writes that sexual deprivation in young Muslims plays a role in pushing them into the hands of terrorist organizations, which promise them that Muslims who die as martyrs “will be able to have multiple beautiful women in paradise.”

Though he does not directly link the “hijab phenomenon” to sexual deprivation, he adds: “In Sunni Muslim areas such as Kurdistan in Iraq, most women did not wear the hijab; these areas experienced fewer acts of terrorism than areas where the hijab was common, such as Al-Anbar Province.”

Hamid states in a footnote that he observed these trends during his time with the Egyptian Islamist group Gama’a Al-Islamiyah and “his efforts to reform Islam for more than 30 years”, but declines to describe how he came to his conclusions.

A string of experts in Islam and counter-terrorism have condemned Hamid’s analysis on sexual deprivation and the hijab phenomenon, according to The Intercept.

“This characterization of the hijab demonizes millions of women whose reasons for covering have nothing to do with the advocacy of political violence,” said Arun Kundnani, a lecturer on terrorism studies at New York University.

“It appears the purpose of this chapter by Hamid is not a genuine investigation of the roots of violence, but rather an attempt to supply national security agencies with bogus surveillance rubrics,” he added.