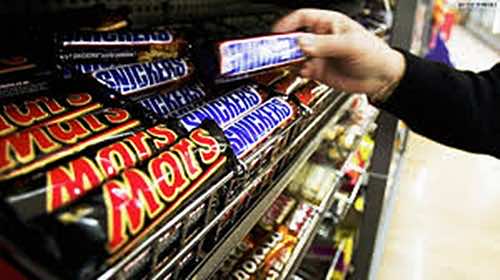 Rabat – Mars and Snickers chocolate bars were recalled from 55 countries – including Morocco – on Tuesday after a German consumer found a “small piece of plastic” in his Snickers bar.

An investigation conducted by Mars, the parent company for Snickers, found that the piece of plastic – discovered on January 8th – came from protective filters used by the plant in Veghel, Netherlands, that produced the bars. The company only recalled bars made in the Dutch plant.

“We cannot be sure that this plastic was only in that particular Snickers. We do not want any products on the market that may not meet our quality requirements, so we decided to take them all back,” a Mars Netherlands spokesperson was quoted by the BBC as saying.

Milky Way minis and Celebrations chocolates produced in the plant were also recalled. Manufacturing dates for the products in recall vary, but in general, those with a “best-before” date between June 19, 2016, and January 8, 2017 are in question.

In addition to Morocco, the recall affected many countries in the Middle East and North Africa – including, Algeria, Tunisia, Libya, Egypt, the Palestinian territories, and the United Arab Emirates.

This is the first time the company has had to recall products made at its Veghel factory, which was established in 1963 and employs around 1,200 people.