New York - The United Nations has decided to withdraw the accreditation of American journalist, Matthew Russell Lee, for “improper conduct.” 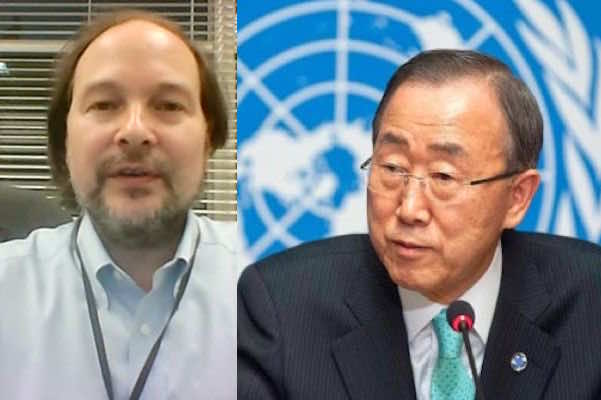 New York – The United Nations has decided to withdraw the accreditation of American journalist, Matthew Russell Lee, for “improper conduct.”

In a letter dated February 19, 2016 to Russel Lee, UN Undersecretary General for Public Information, Cristina Gallach, informed the American journalist of her department’s decision to withdraw his accreditation.

The decision comes after an incident that occurred on January 29 during the United Nations Correspondent Association Annual General Meeting.

“After reviewing the facts, the Department of Public Information has determined that your actions were in violation of the United Nations Media Guidelines, which you agreed to by accepting the Media ID and when you received your accreditation,” says the letter of the UN Undersecretary General.

Prior to the meeting, Russel Lee had lashed out against the UNCA for selling seats with UN Secretary General Ban Ki-moon for $6,000 during a meeting in Wall Street held on December 15, 2015. Following the meeting, the American journalist said the UN Secreatry General “can be sold.”

“UN Secretary General Ban Ki-moon can be sold; it has been made clear here in New York and, at least as of February 5, in the UK. But they charge less over there,” Russell Lee said on his blog Inner City Press.

Lee’s claims caused a number of journalists accredited to the United Nations to call on the Secretariat to ban him from attending a meeting in the UN Press Briefing Room.

Reacting to the UNCA’s call, UN Spokesperson Stéphane Dujarric asked UN Security officers to escort Lee out of the room.

In the UN headquarters, Russell Lee is known for his support of the Polisario and his hostility towards Morocco concerning the Western Sahara conflict. Since he was accredited as a UN journalist about a decade ago, he was considered by many to be the Polisario and Algeria’s mouthpiece inside the United Nations.

In addition, the American made a name for himself as the “journalist to avoid” during UN press briefing, whether at the UN Security Council stakeout or in other press conferences held inside UN premises. Very often, his questions aimed more to provoke UN officials and member states than to obtain their views and positions on the questions being discussed.

Following the decision to withdraw his accreditation, Russell Lee has been asked to vacate the office on the third floor of the UN building.