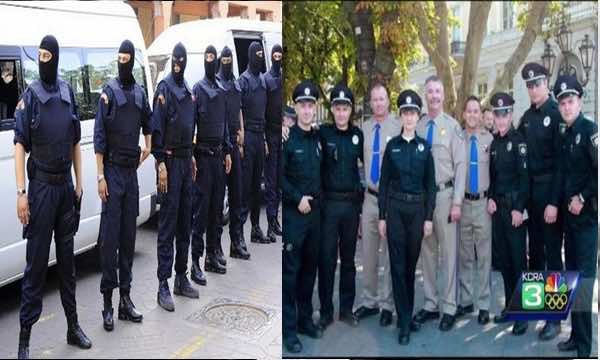 Rabat – A two-person team from the California Highway Patrol (CHP) will arrive in Morocco this weekend to train the Moroccan police via an exchange program run by the U.S. Department of State, according to a statement released on Wednesday.

The pair will be working with the General Directorate for National Security (DGSN) for a week to help the Moroccan police build community outreach and boost their social media presence. The DGSN is currently reviewing its national “communication strategies”, according to the statement.

Following the team’s stay in Morocco, delegates from the DGSN will visit California for two weeks to continue training, according to KCRA, a California news channel.

“The CHP was chosen because of its experience, reputation, capability, and outreach activities which provide a unique contribution to the needs and objectives of the DGSN,” the statement read.

Josh Ehlers, co-captain of the CHP and one of the officers on the team, spoke to KCRA about the opportunity for California law enforcement officers to partner with a police force with similar capacities and objectives.

“We are a good partner for the Moroccans because their national police organization is similar in size and scope to ours,” Ehlers said. “The population [size] of Morocco is similar [to California] and we patrol geographic areas that are very similar.”

CHP Commissioner Joe Farrow emphasized the significance of effective communication between a police force and the citizens it serves to protect.

“We understand now more than ever the importance of transparency and earning the public’s trust,” he said in the statement.

The project will be CHP’s second international deployment since the police force signed a Memorandum of Understanding with the U.S. Department of State in 2014.

“Its really an honor and a privilege to have been selected by [the Department of State],” Ehlers said.