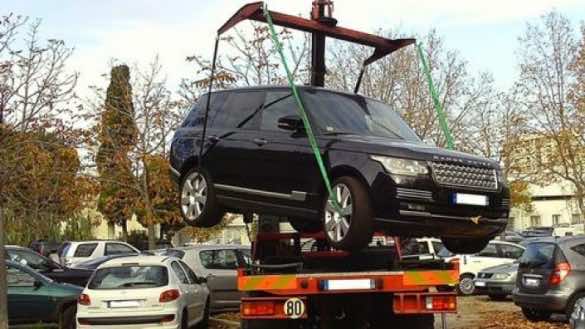 Rabat – More than 500 cars seized by the Moroccan police in 2015 had been stolen in Europe prior to being trafficked to the country through Ceuta, a Spanish enclave in Morocco, according to a report by Ahdath Al Maghribia on Wednesday.

Every year, thousands of cars are stolen in the European Union before being delivered to networks that handle their “export” to black markets where they are sold at prices lower than their market value. Most of the cars are luxury models, according to the newspaper.

GPS devices are the first to be removed when a car is stolen, because they can be used to track the location of the vehicle. The car is then either broken down to be sold as spare parts or is retooled with new documentation and license plates ready to be smuggled.

Many of the cars are then trafficked through Algeciras – a port city in southern Spain – to other cities lining the Mediterranean Sea, including Ceuta, Spanish security sources told Al Ahdath Al Maghribia.

Traffickers prefer to do their work during the hours when the port is busy because the high volume of passing cargo is not conducive to thorough checks by Spanish authorities.

Successful arrival of the illicit cargo to its intended city is not guaranteed: 220 cars were confiscated from “mainly Moroccan nationals” by Spanish authorities before reaching Morocco last year, the newspaper reported.

Other cars, however, continue on to sub-Saharan countries where they are sold openly as whole cars. Those that remain unsold might end up in “no man’s land,” become the property of drug traffickers in the Maghreb, or end up in the hands of terrorist networks in Mali.