Rabat - Embracing another opportunity to interact with the general public, Moroccan kickboxing champion Badr Hari has reportedly participated in Tuesday’s inauguration ceremony of the new “Darlodo” public washroom, in Marrakech. 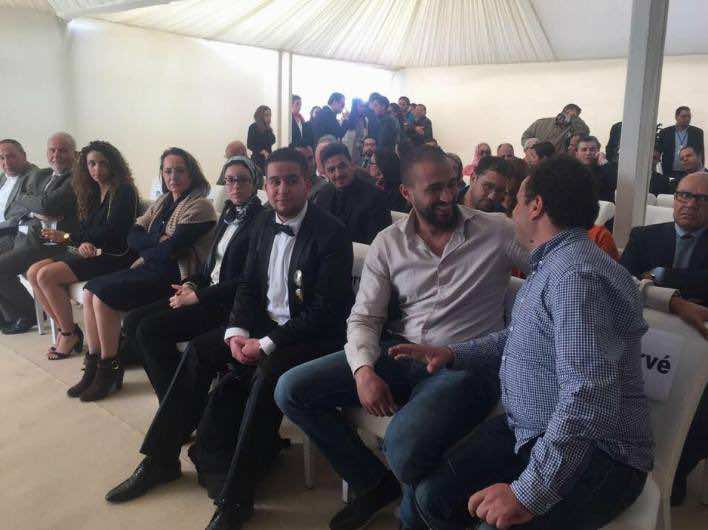 Rabat – Embracing another opportunity to interact with the general public, Moroccan kickboxing champion Badr Hari has reportedly participated in Tuesday’s inauguration ceremony of the new “Darlodo” public washroom, in Marrakech.

Abdellatif Abouricha, the Communications Director of the Regional Tourism Council in Marrakech, posted photos on Twitter of the event and described his pleasure at seeing Hari among the attendants.

The international champion took the opportunity to talk about himself and his recent humanitarian initiatives. He also noted how he had made greatest strides for the Moroccan tourism industry by inviting Portuguese superstar Cristiano Ronaldo to Marrakech in October 2015.

Hari embarked on his humanitarian initiatives by visiting the Kenitra Central Prison in September 2015 to celebrate his last victory over Ismael Londt. He expressed his sympathy towards the inmates and encouraged them to believe in their dreams and work hard to achieve them.

The acclaimed athlete continued his tour of charitable activities by donating 200 sheep to poor families on behalf of his foundation on the holy day of Eid Al-Adha, which was celebrated in Morocco on Thursday September 24th, 2015. The donations were handed out to prisoners, widows, orphans, and those in nursing homes.

Earlier this month, the world kickboxing champion announced on Facebook that he would fund the construction of 12 additional classrooms at Mohammed Abed Jabri primary school, a small school located in an unprivileged area of Kenitra.

“Darlodo” opened at the Moulay El Yazid Mosque and offers visitors clean toilets, a space for ritual ablution, and a shop that sells sanitary products.

According to Mustapha Chraou, CEO of “Darlodo,” the company plans to launch 150 similar service across the kingdom by 2020.

According to the Economist, the access price is 5 MAD.