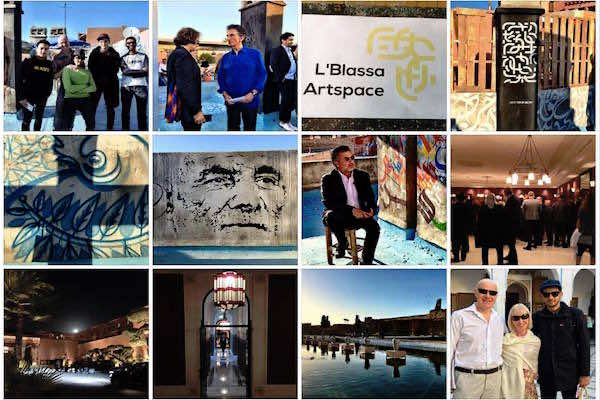 Marrakech – As a complete contrast to the formality of the 6th Marrakech Art Biennale opening ceremony and its projects, the L’blassa Artspace hosted the LMDENA Collective Street Art Show, Café, and live blues music event.

A collective of nine young Marrakeshi street and graffiti artists, it was a hip event on L’blassa’s rooftop. Headed by the well know artist Hicham Belghazal, it was an informal and fun show with up and coming urban street artists, many of whom came from art school and design backgrounds. Most of the artists have been featured regularly at the famous Café Clock art shows and other galleries.

A native of Marrakech, Hicham Belghazal is a graffiti artist who started doing calligraphy while in childhood and later moved to graffiti.

“My style is characterised by many themes such abstract, surrealist and symbolising the absurdity of daily life, its a kind of critic and also creating my own world which is full of weirdness. Art has no limit or a title, its infinite and that’s what I want to display in my tags”

Next there was an interesting play on the many mile-markers throughout Morocco, Yacine Heikalane explained, “after taking some road trips I saw many milestones telling you the physical distance. I had the idea of distance as a limited term of existence, and the many milestones one must overcome in life. Gathering all the city names in one place, with the same visual typography that brings your thoughts about travelling and living in a physical existence, and how much there is to reach and achieve in real life.”

Finally, in a beautiful effort to show their power as a collective, the artists jointly produced this black and white work called Casablanca 1932.

With the café utilising a previous year’s Tadelakt installation, and a blues band playing, the atmosphere was electric. Several films crews came up to record the party and were soon joined by the President of the 6th Marrakesh Art Biennale M. Amine Kabbaj and M. Jack Lang to enjoy the ambience upon the roof terrace. 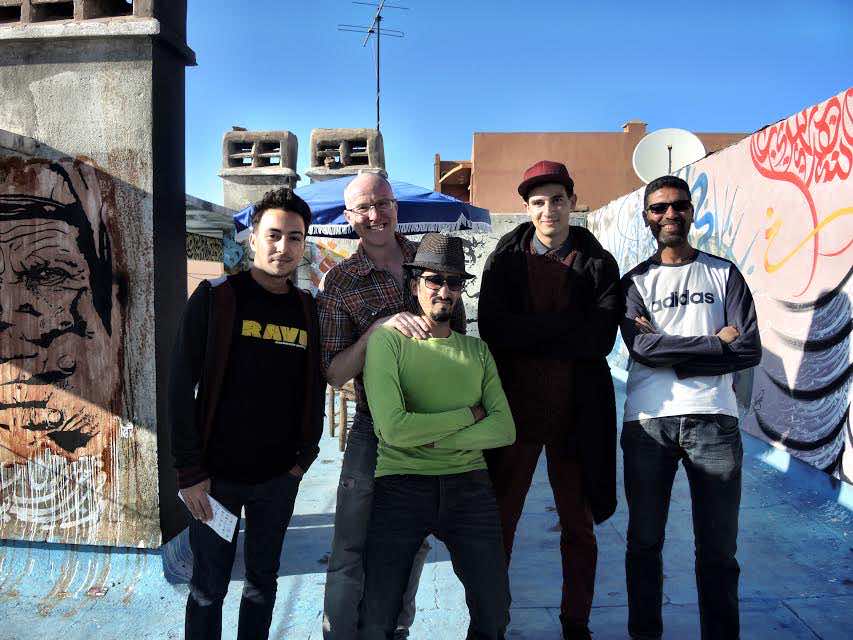 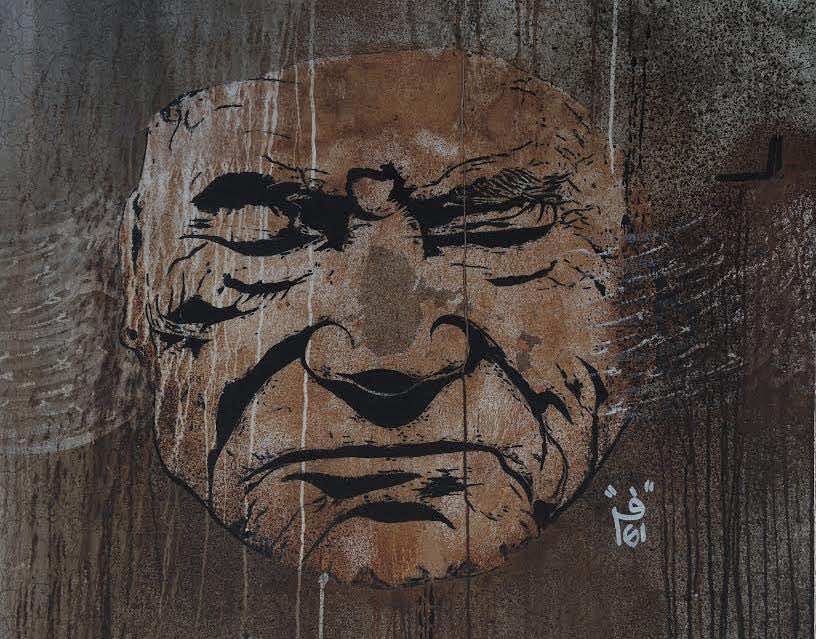 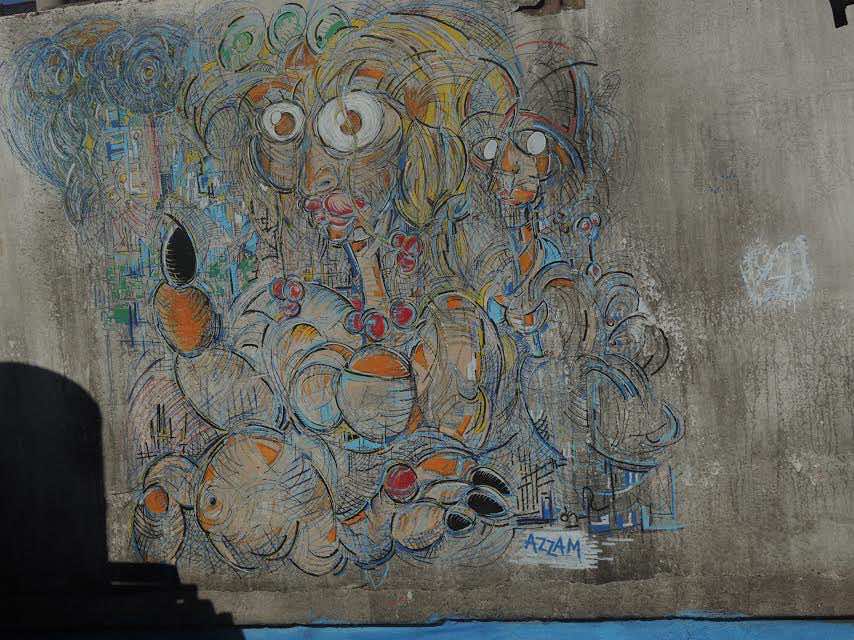 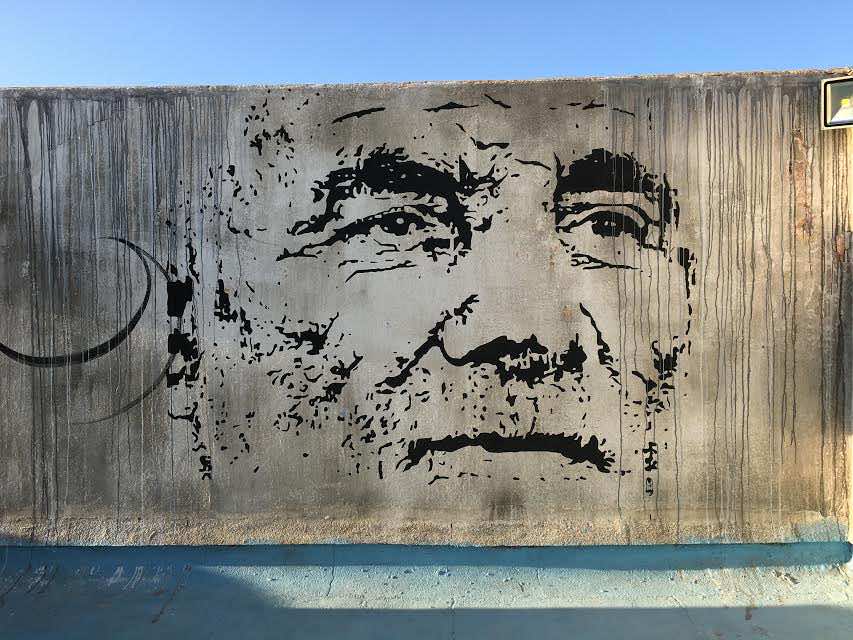 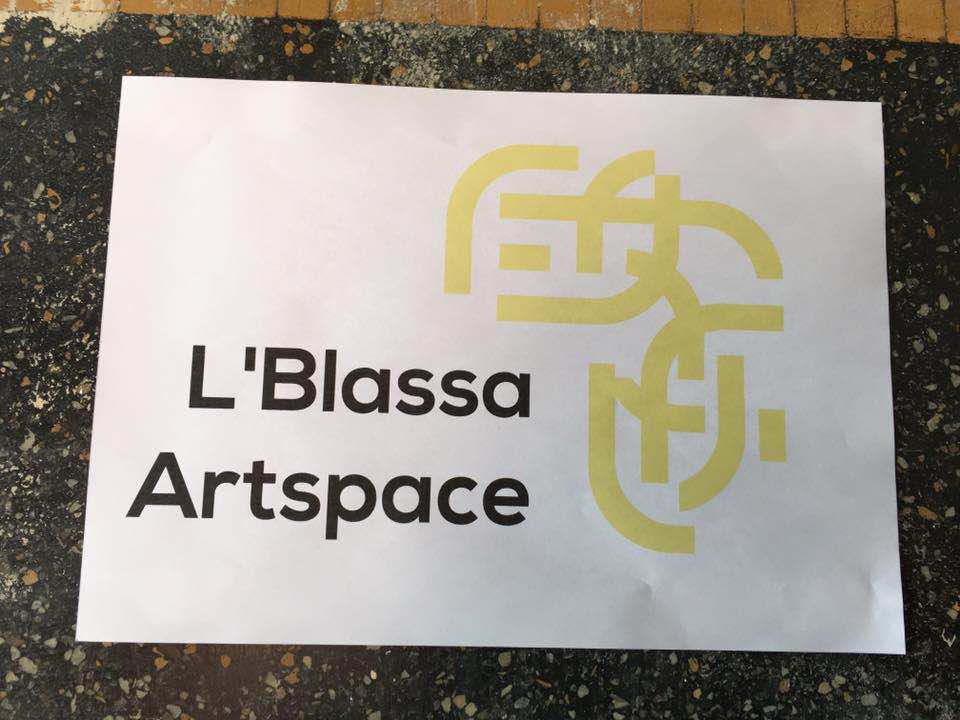