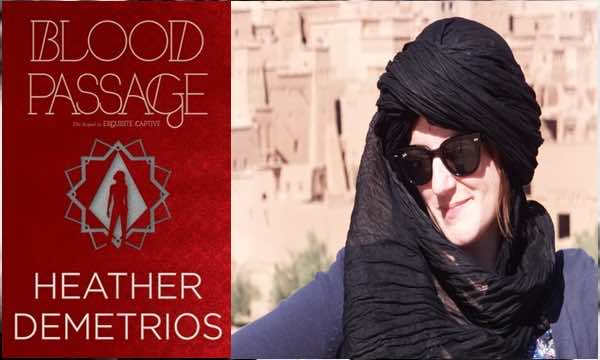 Rabat – American author Heather Demetrios travelled to Morocco to conduct research on djinns for her book titled “Blood Passage,” which is scheduled to be released on March 1st.

Demetrios said she chose to set “Blood Passage” in Morocco because the country “has a lot of djinn lore” that her book features. She also penned scenes set in “souks,” or markets, and traditional Moroccan homes, called “riads.”

Demetrios discussed her experiences in the Kingdom in her piece published on Friday by the American e-magazine Bustle.

In her piece, Demetrios talks about her use of “method writing” – a technique where authors take on the persona of the characters in their books in order to “get in their skin” and make them more realistic.

During the author’s visit to the Sahara, she was able to connect with Nalia, the main character of the second book in her trilogy.

“I could feel the coolness of Saharan sand at night as Nalia brushed her fingers through it,” the author said.

“I could taste the Moroccan mint tea with her and enjoy the elaborate tea ceremony accompanied with it. Whatever she did, I had done—with the exception of fighting magical creatures. I had to use my imagination for that.”

Other foreign authors have also been inspired by Morocco and its citizens’ stories about djinn. Last year, an English author named Samantha Herron published a collection of stories called “The Djinn in the Skull: Stories From Hidden Morocco,” after spending time with an Amazigh family at the edge of the Sahara Desert.