Rabat -  In addition to France and Spain, Morocco has helped many other countries to thwart terrorist attacks, including the United States and Denmark, Director of the Central Bureau of Judicial Investigation (BCIJ), Abdelhak Khiame, said according to Maghreb Press (MAP). 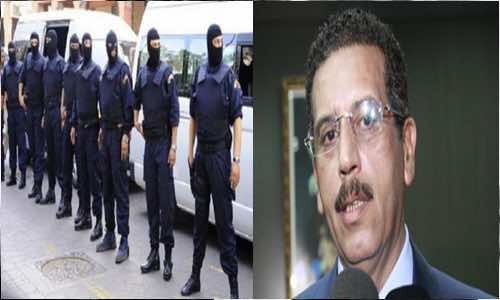 Rabat –  In addition to France and Spain, Morocco has helped many other countries to thwart terrorist attacks, including the United States and Denmark, Director of the Central Bureau of Judicial Investigation (BCIJ), Abdelhak Khiame, said according to Maghreb Press (MAP).

“Thanks to the efforts of our teams, several planned attacks have been foiled in the world. Besides France, we have also provided intelligence to Italy, the Netherlands, Denmark and even outside Europe, the United States”, Khiame said in an interview published Friday by the French-speaking weekly “Maroc Hebdo “.

BCIJ Director recalled the valuable cooperation between Moroccan and French services and their Spanish counterparts, which has led to the arrest of the alleged mastermind of the terrorist attacks of 13 November in Paris, as well as the dismantling of terrorist cells in the cities of Nador and Sebta.

In contrast, he deemed “poor” or “non-existent” cooperation in the Maghreb, warning against the dangers that threaten the border region.

“Algeria refuses to cooperate with us. Yet, the dangers that threaten the region are transboundary, and it is important to work together”, he said.

In recent years, Morocco has emerged as prominent player in the fight against terrorism at the regional and global levels.

Since it was hit by a terrorist attack perpetrated by Al Qaeda in May 2003, Morocco put in a place a holistic approach aimed at fighting terrorism. In addition to the security aspect, the Moroccan approach aims to address the root causes of terrorism through the promotion of the true Islamic values of tolerance and openness, the training of imams, as well as the launch of sustainable development initiatives that aim to lift large segments of the Moroccan population out of poverty.

According to figures released by the BCIJ earlier this week, Morocco dismantled 25 terrorist cells in 2015 and four in 2016. The most dangerous terrorist cell so far was the one dismantled last week, which aimed at carrying terrorist attacks against high-ranking Moroccan personalities, as well as sensitive public venues.