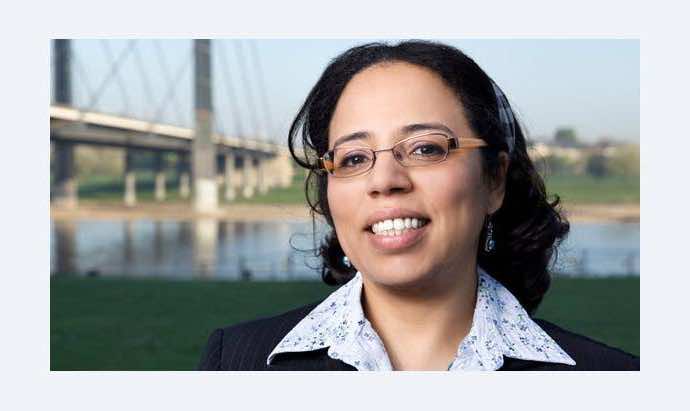 Rabat – Soraya Mokit, a third-generation Moroccan immigrant to Germany, will be awarded the German Order of Merit on International Women’s Day on March 8th, according to Al Ahdath Al Magribiyya.

Mokit, along with 23 other women from Germany,  will receive the award – the highest an individual can earn in Germany – in recognition of their service to the country in many fields, including politics, culture, sports, and more.

In Mokit’s case, the award will recognize her work as the secretary-general of the Ramesch Forum for Intercultural Relations in the western state of Saarland. Her efforts have led to the rise of the organization in the field of dialogue on multiculturalism and on the fight against discrimination and racism in the provincial government, according to the newspaper.

In addition, the award will recognize her role as president of the Network of German-Moroccan Professionals (NGMP) from 2011 to 2014. During her term, she developed the organization of over 700 members into a major player in the improvement of cooperation between Germany and Morocco.

The network has implemented several projects in partnership with the German Center for International Migration and Development, the Moroccan Ministry of Immigration, and the Council for the Moroccan Community Abroad, among others. Since 2014, Mokit has been serving as the honorary president of NGMP.

In 2013, Mokit led the NGMP in organizing a series of events celebrating 50 years of Moroccan immigration to Germany. The festivities took place in several German cities, including, but not limited to, Aachen, Dusseldorf, Frankfurt, Berlin, and Stuttgart.

Altogether, the events educated Germans about Moroccan culture and were attended by several government figures from both Germany and Morocco.

In addition, Moket worked with researchers from the University of Osnabrück to write a publication that documented the history of Moroccan immigration to Germany.

Moket holds a doctorate in sociology from the University of Trier in West Germany. In 1988, she became the first Moroccan figure to receive an award for academic research and cultural exchange for her work in a student movement at her alma mater.