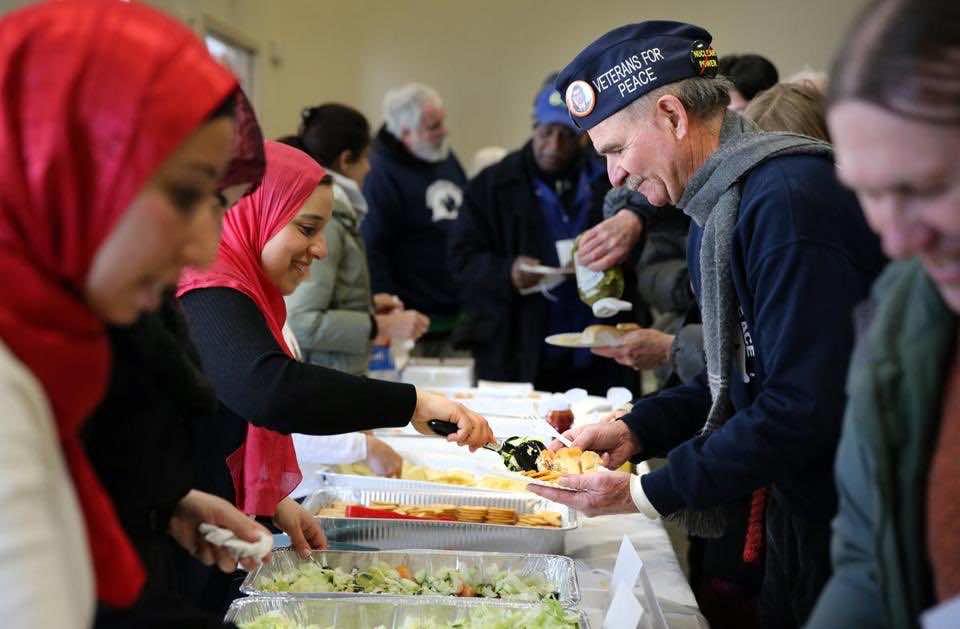 Rabat – Military Veterans in Boston showed their support for their local Islamic community on Saturday, February 27, by holding a rally at the states’ largest mosque in opposition to the rising anti-Islamic rhetoric created by the Republic candidates, such as Donald Trump and Ted Cruz.

Around 200 members of the group ‘Veterans for Peace’ carried out the demonstration, carrying signs reading “Muslims are not our enemy”, and waving flags with the group’s emblem of a white dove painted across them.

According to organizers, the message of the day was to add balance to the Islamophobia created from people like Donald Trump.

“When you listen to what’s going on in presidential politics there is a lot of misinformation and some people are really misrepresenting what this religion is,” said US Army veteran Bob Funke.

“They’re using it as a wedge issue and they’re scaring people. It’s the politics of fear.”

Veterans for Peace, founded in 1985, aims to ‘build a culture of peace’ by using their experiences in war, and aims to work towards an ‘end of all wars’ according to their mission statement. Saturday’s rally was one of many events that will take place across the country as part of a campaign called “Veterans Challenge Islamophobia”.

Speaking at the rally, local police commissioner William Evans spoke of his belief that Muslims and non-Muslims alike share a greater common goal. “We all yearn for peace; we are all Muslims deep down.” He said

“I don’t think we can tolerate bigotry toward the Muslim population. They’re an important part of our city. I just want to reassure them that we’re here for them,” he added.

The words are a welcome message in America, a country where hate-crimes against Muslims have become worryingly commonplace in recent months