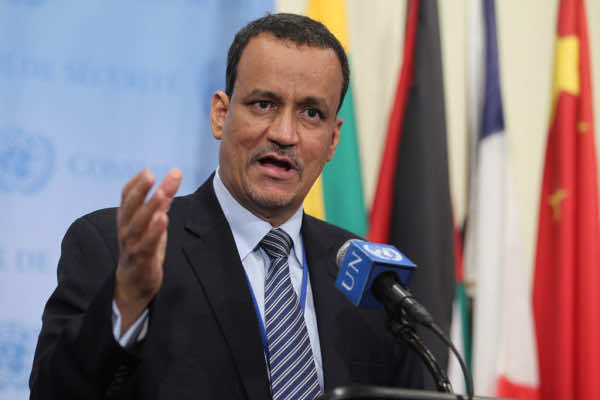 “I express my thanks to HM the King, the government and the people of Morocco for their support to my appointment to this mission, and their support to the efforts I have made to find a peaceful solution”, Ould Cheikh Ahmed told MAP following his talks with Minister delegate to the Minister of Foreign Affairs and Cooperation, Mbarka Bouaida.

“This has been confirmed at the United Nations as well as at the Moroccan embassy in Yemen”, he said, stressing the important role played by the Kingdom in this regard.

He noted that his talks with Bouaida were an opportunity to review the UN efforts and the outcome of the recent talks on the issue.

For her part, the Moroccan minister underlined that this meeting tackled the latest developments with regard to the crisis in Yemen and the means to face its humanitarian, political and military implications by the international community.

She added that the talks were an occasion to “reaffirm Morocco’s support to the UN envoy and his efforts to find a solution based on the principles of citizenship, constitutional legitimacy in Yemen and the integration of all the parties, and also the Kingdom’s support to Saudi Arabia and the role it plays and the necessity to guarantee its security and stability”.