Rabat - After the independence of the Maghreb countries: Morocco, Tunisia and Algeria in the mid fifties and early sixties of the last century, from the yoke of French indelible colonialism, there was a move towards modernity, cautiously but surely. 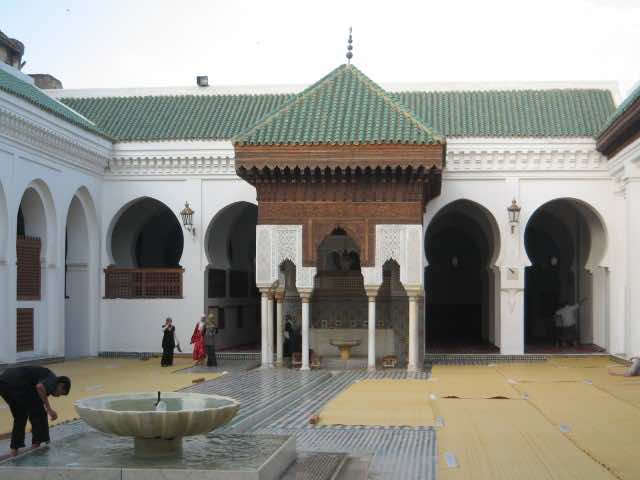 Rabat – After the independence of the Maghreb countries: Morocco, Tunisia and Algeria in the mid fifties and early sixties of the last century, from the yoke of French indelible colonialism, there was a move towards modernity, cautiously but surely.

Women were offered education on equal footing as men and the path was cleared for future possible equality. In Tunisia, this equality was made even more real, right away, under the leadership of President Habib Bourguiba, the national hero of independence, who offered women a family law, considered to be the most daring and advanced such a law in the traditional, tribal, patriarchal and conservative Arab world.

By early 1970s there was a surge of socialism and communism with the aim of toppling the monarchy in Morocco and creating socialist entities in Algeria and Tunisia. The grand design failed in Morocco and Tunisia but succeeded in Algeria. Nevertheless, the three countries were on their way to modernity but not democracy. In Morocco, after the military coups, the executive monarchy turned repressive, a period that was labeled: “The Years of Lead,” in Algeria the Boumedienne socialist absolutism became normal practice and Tunisia was transformed into an enlightened dictatorship.

In 1979, with the advent of the Iranian Revolution and the takeover of power by the Mullahs, the Arab region was in for a big change: the surge of Islamism. This surge was made inevitable by two important events: the determination of the Iranian theocracy to export its revolution to the rest of the Muslim world and The Soviet takeover of Afghanistan in 1979.

Threatened by The Big Bear in the north and Persian Shiism in the east, the Gulf States reacted by bankrolling Salafist Jihad to fight earnestly, first the Soviets in Afghanistan, and later on the Shiite influence in the Middle East. Thus, was born the notorious and ill-reputed al-Qaeda.

It was the beginning of the orientalization (shar9anat) of the Muslim world throughreligious practice, dress code and extensive predication (da3wa), using the nascent satellite TV and the Internet to spread radical Islam and Wahabism, calling for the return to the benevolent tradition of the good and pious Muslims of the past (salaf sali7).

While this return to the past was taking place in the Middle East, the Maghreb countries to counter French cultural influence decided to fully arabise the educational curriculum. This move dictated by pure nationalism was going to have dire consequences in the Maghreb later on.

In Morocco, the rise of Islamist militant fervor with Shabiba Islamiyya, founded by Moutti, and Al Adl Wal Ihsan denied the Alaouite monarchy its religious and historical legitimacies. The leader of the latter movement, Abdessalam Yassine, had already sent Hassan II in 1973 a letter entitled: “Islam or the downpoor” in which he asked candidly the monarch to abandon modernity: “Sweep the political parties aside and come hither to sit together: you, myself and the army.” Infuriated by this gross lèse-majesté the autocratic monarch ordered the Sufi Cheikh to be put in psychiatric internment.

In Algeria, the FIS (Front of Islamic Salvation) was founded in 1989 and soon won more than half of the valid cast vote on the municipal elections (local government) in 1990, and achieved almost a landslide in the legislative elections of 1992 on the slogan: “Islam is the solution.” Threatened by this movement, the army annulled the results of the general elections, disbanded this Salafist party and interned its cadres in 1992. This led to a bloody civil war that lasted until 1998 and claimed the lives of 250,000 people.

In Tunisia, the senile President-for-life Bourguiba was overthrown in a bloodless coup by the ambitious general and Prime Minister Zine el-Abidine Ben Ali in 1987, who immediately set out to strengthen Tunisia’s modernity through a tribal form of presidency built on corruption and repression.

His ambitious and highly-personified republic is immediately rejected by the Tunisian Islamists who called for the re-islamisation of the Tunisian society. Ennahda, the flag-bearer of the Tunisian Radical Islam came about in 1980, highly influenced by the religious thinking of Sayyid Qutb and Mawdudi.

This Islamist party, under the leadership of Rashid Al Ghanoushi, is probably the most democratic and moderate of the whole Arab world upholding political pluralism and dialogue with the West. Its moderate attitude will not save it from banning in 1989 and the imprisonment of 25,000 of its activists in 1992. Exasperated, Ennahda and its leadership relocated to England, where they were given asylum until their triumphant return in 2011, after the advent of the Arab Spring uprisings.

Besides the political impact of Islamism on the Maghreb since 1985, probably the other most important impact of the return to tradition and the orientalization (shar9anat) of this region can be felt on the massive return to religious practice and belief, especially among the youth who reject Western culture through steadfast re-islamisation. This expresses itself unequivocally in the following manner:

Dress code: 9amis or 3abaya for men with a turban or sheshiyya as headwaear. Hijab for young ladies and Ni9ab or Burka for married women (total Hijab).

Alternative medicine: Use of tibb nabawi (Prophet’s medicine) instead of conventional medicine and wide utilisation of medicinal plants and religious medecine (ro9ya char3iya).

Religious language: Use of religious-inspired expressions such as Jazak Allahu khayran instead of Shukran. Use of Salam u alaikum instead of Ahlan. Use of Allah ikhalik instead of men fadlek, etc…

Prayers: Undertake most prayers on time and in the mosque even during work time. Shops are closed during prayer times and on Friday.

Zakat Collection: Help collect zakat (Islamic tax of 10% of annual gain) and use the money to help the poor pay for education, health or start a business.

Food distribution: Organize collective fast-breaking (iftar) during Ramadan and distribute free rams to the needy for the Feast of Sacrifice (3id al-ad7a).

Open Koranic schools: Help collect money for opening koranic schools to allow children to get free education and religious orientation and advice from able religious sheikhs, whose only aim in life is the glory of Islam and the spread of its rightful word. 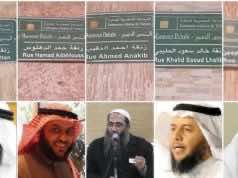