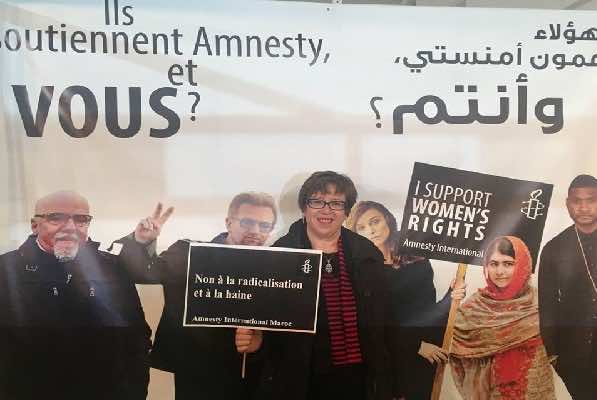 Amnesty International-Morocco recently called for the creation of a cultural front to counter intolerance, extremism, and terrorism globally. Its mission is to prevent the high death tolls seen so frequently due to these dangerous societal trends. The call is an invitation to Moroccan intellectuals, artists, and writers to take action, due to the pivotal role they all play in defending fundamental human rights, such as the rights of women, minorities, migrants and refugees.

Over the years, Amnesty has steadily emphasized the role prominent members of society play in promoting the universal values of human rights and cultural stability. Amnesty highlighted that this role needs to adapt to the current context of intolerance, extremism, and terrorism. This includes the infiltration of extremist ideas into universities, literary textbooks and school curricula, as well as the prevalence of inflamed ‘fatwas’ and invitations that drive young people to violent extremism. Currently, there exists some hesitation from Moroccan intellectuals to directly face of these trends—particularly religious extremism, which has, by various methods, invaded society and threatens the peace and existence of all humanity.

Victims of terrorism and intolerance, Amnesty affirmed, should remain vigilant against the ongoing threat of terrorism to human rights, namely freedom of speech and freedom of religion worldwide. Amnesty stressed that “In difficult circumstances we must not forget writers, journalists and artists who were assassinated by the hand of terrorism.” Following this, Amnesty seized its existence at the International Book Fair in Casablanca in remembrance of recent victims of terrorism. Among those honored was young Moroccan photographer, Laila Alaoui, who died after being shot in the events of the Ouagadougou terrorist attacks last month while conducting work as both a photographer and women’s rights researcher.

Acknowledging the fear among terrorists of the power of word and creativity, Amnesty stressed its keenness on using the International Book Fair as a platform to launch a series of interactive dialogues between writers and human rights defenders. The event is suitable to all with interests in culture and education, and urges them to be proactive. The event was also the perfect occasion for writers to assemble into one cultural front to express support for those who risking their lives and dare to challenge existing beliefs.

Amnesty’s call received wide approval from Moroccan intellectuals. So far, many artists, writers, politicians have affirmed their solidarity with Amnesty’s initiative. Among them are:

– Fatiha Sdass, member of the Political Bureau of the USFP party

– Abdelkader El Alami, former president of the Moroccan League for the defense of human rights.

All of those listed, among various others, have publicly shown their support to Amnesty’s cause to establish a cultural front to eradicate violent extremism. 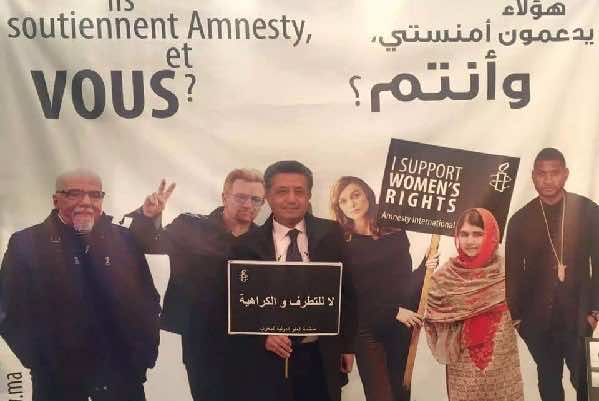 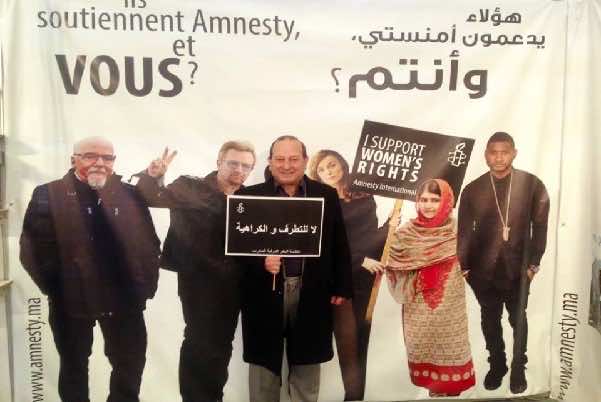 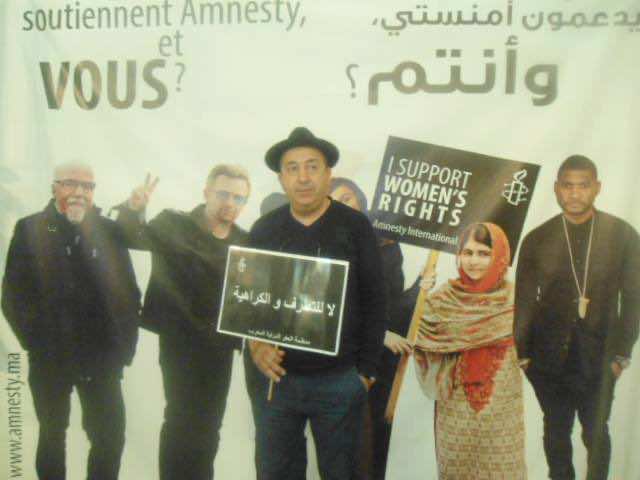 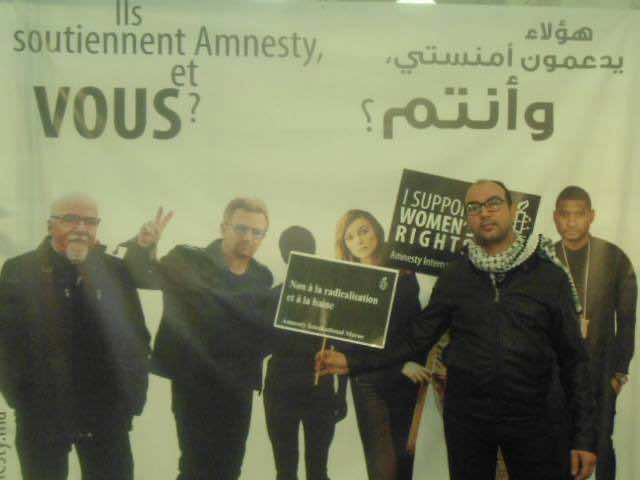