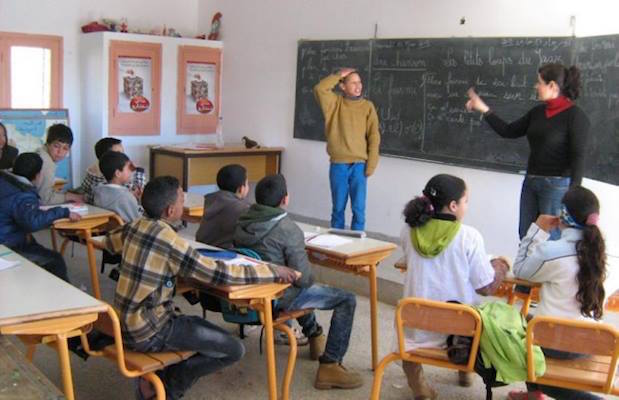 Rabat – “Educations is worthless without freedom of expression,” one of my colleagues declared exasperatedly one day. His statement reminded me of the Connecting Classrooms Program, which was initiated by the British Council and the Minister of Education throughout course of this year. The program has so far been introduced in Morocco as well as other countries, including some North African and Asian countries.

The aim of the program is to introduce critical thinking to teachers who will thus eventually end up implementing it in the classroom. The program has reached cities in Morocco such as Beni Mellal and Oujda and intends to cover more regions soon.

During the first three training days that I attended in Oujda few months ago, it was strongly established that critical thinking is best implemented in classrooms via a combination of closed and open questions posed throughout the entire class session. I later learned from some colleagues that many of them tried this with their students both at schools and at the CRMEF, but both inspectors and trainers rejected their ideas. They said that these ideas were considered great errors, and by some standards, even Haram.

The program led me to several conclusions about how critical thinking should be implemented the first being that an enlightening program should not be introduced to high school teachers, but rather to primary school teachers for pedagogical reasons. Second, the program should cover teachers of other school subjects for better accuracy, since students study at least eight or more different subjects. Third, inspectors should give demo lessons implementing Critical Thinking so as to pave the way for teachers to grasp the approach well and, hence, make use of it in their lesson plans and classes. Lastly, the ministry of education should reconsider the amount of food provided for such a program. It was more than enough, in my opinion.

In sum, Connecting Classrooms Program is, undoubtedly, an amazing initiative by both the Ministry of Education and the British Council. Yet, it may be just a waste of money and time if it is not well planned and implemented. Such initiatives would greatly benefit our educational system, yet, as of now, they lack a certain sense of seriousness on the part of the Ministry of Education.