Rabat - Throughout history, the assassination of public figures has caused far-reaching indignation throughout the world, and questions remain such as who killed Malcom X, Tupac Shakur, and John F. Kennedy.  The murder of Cheb Hasni sparked similar outrage. 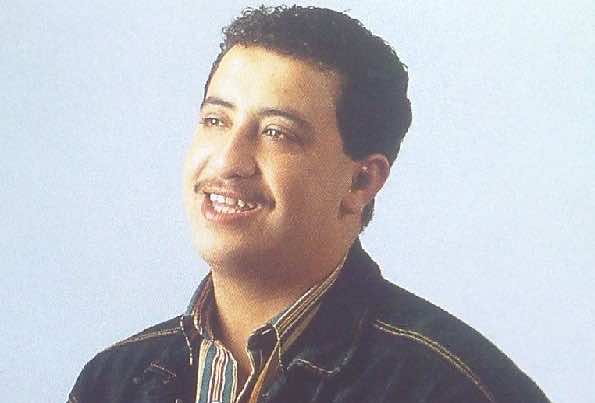 Rabat – Throughout history, the assassination of public figures has caused far-reaching indignation throughout the world, and questions remain such as who killed Malcom X, Tupac Shakur, and John F. Kennedy.  The murder of Cheb Hasni sparked similar outrage.

Hasni Chakroun, a popular Algerian rai singer well known by his stage name Cheb Hasni was born in Oran, Algeria, on February 1, 1968. As an outspoken champion of the problems of youth, he quickly rose to popularity stealing the hearts of youth through his dramatic and touching songs.

The beginning of the end: Cheb Hasni’s assassination

On September 30, 1994, an unidentified assailant fired two bullets into Cheb Hasni. The first one penetrated his throat, and the second lodged in his head.

The news of Cheb Hasni’s death spread like wildfire over North Africa’s mass media. His assassination stirred outrage among people in Algeria. His fans around North Africa were shocked — they could not believe that their beloved singer had been taken from them without even saying farewell.

Cheb Hasni grew up in a rough neighborhood surrounded by indigents and youth enraged at social barriers and lack of opportunity. He came from a working-class family; his father was a welder and his mother a homemaker.

He was selfless and very familiar in neighborhoods in Algeria with involving himself in teenager’s problems and commoners’ burdens.

His childhood dream was to become a football player. He started playing for an Algerian team at a young age, but an abrupt injury terminated his aspirations for a career in football at the age of 15.

Hasni had had a talent for singing since his childhood. His first performance in public was during a wedding party, and people were mesmerized by his bewitching voice. “La Guinguette Cabaret” was a stepping-stone to unleashing the passion in his voice and proving his artistic credentials.

The artist’s rise to fame was assured after he began singing about the harsh reality of youth and the dire circumstances they faced.  He gave voice to the shouts of misery of the voiceless and underprivileged people.

The themes of his songs reflected compelling narratives about unemployment, drugs, immigration, the dreams of youth, and epic love stories.

The flamboyant musician was close to the heart of youth through his lyrics that reflected their hidden wounds, especially young people who dreamed of forsaking their North African homeland to emigrate Europe.

Cheb Hasni was called “The King of Sentimental Music” and “The Legend of Rai Music.” His avid fans had become accustomed to exchanging his cassettes among each other and following his latest songs.

He tried to break the social taboos during the beginning of 1990s, when Algeria was under siege from fundamentalists and Islamic extremist terrorist cells.

The emergence of rai movement

During the beginning of the 1980s, Oran, the cultural city of Algeria was teeming with youth who were enraged at their marginalized social status.

Rai music had emerged in the late 1970s, but it had been banned from radio stations, because it was regarded as vulgar and shameful due to its portrayal of matters that were taboo, such as alcoholism and drunkenness, sexual relations, and love stories.

The music was loathed by the so-called bourgeois class and the elites, because did not reflect their way of life. They also considered it to be a decadent genre of music.

Over time, most Algerian artists have moved to Europe, especially to France, to flee suppression and criticism, including Cheb Khaled and Cheb Mami.

However, their outspoken music quickly crossed back over the borders and spread across North Africa and some European countries, including France and Belgium, where many Algerian artists have and still do perform concerts.

A book by Marc Schade-Poulsen describes the emergence of Rai movement in the beginning of 1980s, which paralleled the appearance of the extremist Islamist movements in North Africa.

The book, “Men and Popular Music in Algeria: The Social Significance of Rai,” portrays the dispute between rai and the extremist movement that regarded the music as a feature of western culture that would ruin Islamic conventions by using western instruments and themes that tried to tackle the taboos.

Prominent Russian author Leo Tolstoy was right when he said, “Art… A human activity having for its purpose the transmission of the highest and best feelings to which men have risen.”

After Cheb Hasni had died, the passion of his fans grew even greater. They kept listening to his songs and visiting his tomb. On September 29 of each year, faithful fans, who still listen to him even now, commemorate the anniversary of his death by posting his songs on social media and writing lovely posts about him, indicating their continuing strong ties with his songs.

In addition, Algerian channels and news outlets write about his musical journey, and never fail to ask, who killed Cheb Hasni?