Rabat - A building under construction in Casablanca caved in on Monday, killing 3 construction workers and injuring 3 others. 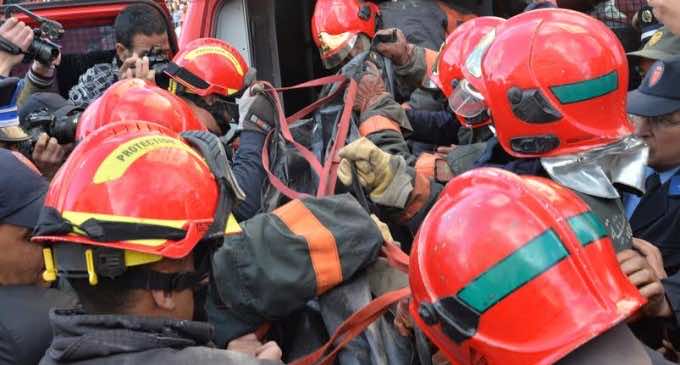 Rabat – A building under construction in Casablanca caved in on Monday, killing 3 construction workers and injuring 3 others.

Fire officials said the four-story building’s collapse was reported just before 10:30 a.m. at the Mandarona neighborhood, located in the district of Ain Chock, Casablanca. The building pancaked from the fourth floor to the basement level.

A statement by the fire department said three workers were immediately killed in the collapse, while three others were seriously injured after they were trapped beneath the rubble for hours.

“The three injured people were transported to the hospital and their condition is stable,” delegate of the Health Ministry to the district of Ain Chock, Lamia Hassani, told media following the incident.

While it remains unclear until now what caused the collapse, buildings officials said the company had all the necessary permits for the construction.

Meanwhile, Telquel cited the manager of the company that owns the building, Mohamed El Ghlid, as saying that a “human error was behind the collapse.”

Moroccan News Agency MAP said local authorities have opened an investigation to determine the circumstances of the tragedy.