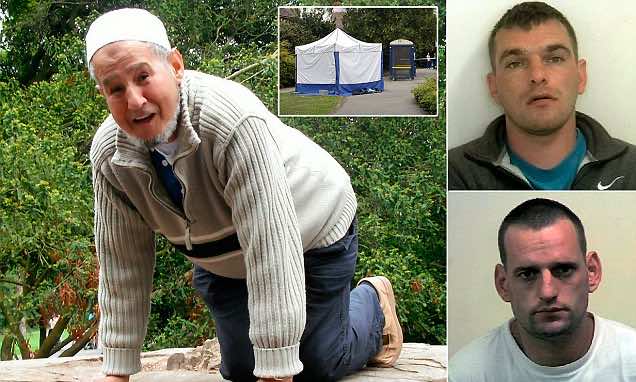 Dale Jones, the man believed to have led the attacks, will serve a minimum of 32 years in jail after being given a life sentence. His accomplice, Damien Hunt, was jailed for manslaughter and given a 14-year sentence.

Ahmed was making his way to morning prayers on August 10 of last year, when, at 3am, a group of men abused and beat him. His assailants left him with serious brain injuries from which he later died.

Tests showed that on the night of the attack, both Hunt and Jones had been drinking heavily and used cocaine. After one failed attack on an Asian taxi driver, the men turned their attention to Ahmed.

Courts had “no doubt” that the attack was carried out because of Ahmed’s Asian heritage, according to prosecutor Andrew Robertson.

“This extreme violence is nothing short of sickening and highlights just how dangerous these individuals are,” said Chief Inspector Victoria Short at the hearing.

“They have never given an explanation for their own vicious actions that evening, but the court heard how Mr. Ahmed was assaulted because of the color of his skin, a fact that is as disturbing as it is despicable,” she added.

Peggy Ahmed, the victim’s widow, spoke about the pain the killers had put her family through. Describing her late husband as a hero to their many grandchildren, she told courts how she would spend the rest of her life without her husband. “My pain and loss is almost indescribable,” she said.