Rabat - Said Chraibi, a famous Moroccan lute player died in Casablanca after fighting a long-term illness, according to an announcement by the Saeed Chraibi Institute for Moroccan and Andalusian Heritage. The musician was 65 years old. 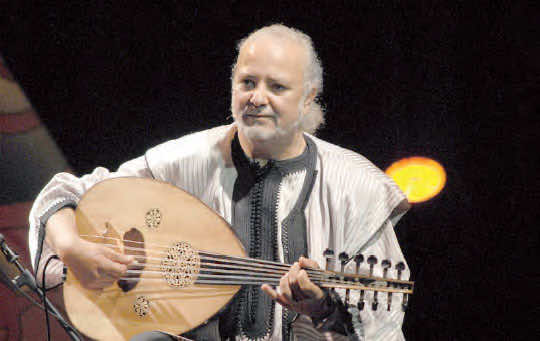 Rabat – Said Chraibi, a famous Moroccan lute player died in Casablanca after fighting a long-term illness, according to an announcement by the Saeed Chraibi Institute for Moroccan and Andalusian Heritage. The musician was 65 years old.

Chraibi was born on February 2nd, 1951 in the city of Marrakesh. He began playing the oud, or lute, at the tender age of 13 and went on to become the “King of the Lute” as his skills and fame grew with age.

As a contemporary musician, Chraibi’s lute-work mixed musical styles from Turkey, Iran, and Arab-Andalusia. Specifically, his contributions in developing Arab-Andalusian played a major role in the revival of the genre.

The musician first received international recognition for his work through his performances at the Festival of Sacred Music in Fez. He went on to achieve several national and international awards in his lifetime, including the 1986 gold medal for lute in Baghdad, the 1992 Granada Music Award in Paris, a 1994 Order of Merit from the Cairo Opera House, the 2002 Golden Lute award in Rabat, and the 2002 Ziryab talent award from UNESCO.