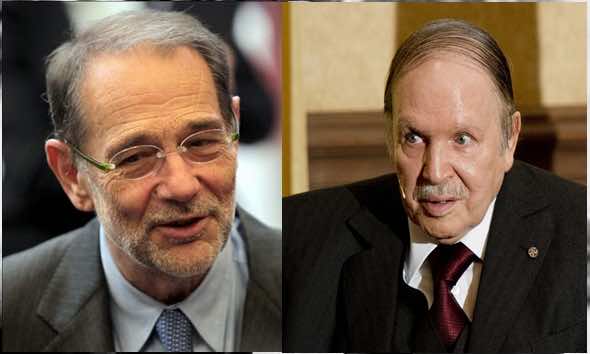 In an Op-ed entitled “Peril and Promise in Algeria”, published by project-syndicate site, Solana noted that in the wake of the so-called Arab Spring, the international community has paid little attention to countries like Algeria, stressing that “with the ailing Bouteflika not seen in public for more than a year, important questions have emerged about how the 2019 presidential election will play out.”

The former NATO Secretary-General insisted that the “consensus” that supposedly shapes Algerian politics has, in fact, “paralyzed decision-making for many years now”, deeming efforts to curtail the power of the security and intelligence services as “just one source and manifestation of domestic political tension”.

“Significant external challenges have exacerbated Algeria’s situation,” he said, pointing out that “with the oil and gas industry accounting for fully 97% of Algeria’s export income, the sharp decline in oil prices since June 2014 has underscored the unsustainability of the country’s economic model.”

“Falling oil revenues mean that Algeria’s government cannot maintain the broad array of subsidies that traditionally served as a social balm, helping prevent protest. The government has already had to increase some taxes, while raising prices for fuel, electricity, and gas. If the price of oil does not rise soon, and Algeria’s leaders are forced to take more drastic measures, social stability could be jeopardized,” he added.

Recalling memories of the brutal civil war of the 1990s, Solana said that the “new generation of young people lack the same fear of social strife that their parents and grandparents have.”

“In this social context, and if economic hardship persists, protests and even revolt may not be a distant prospect,” he added.