Rabat - A picture depicting a British-Moroccan girl named Layla is making its rounds on social media. In the image, she asks King Mohammed VI to lift Morocco’s ban on Skype so that she can talk to her grandparents. 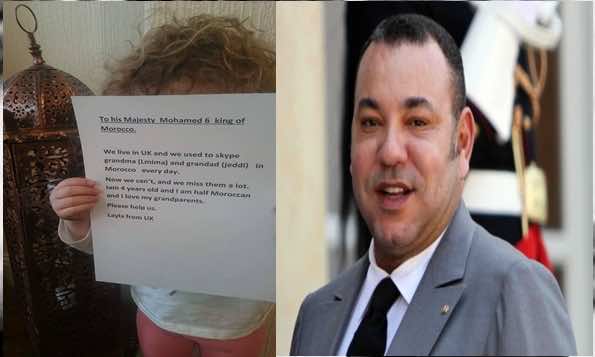 Rabat – A picture depicting a British-Moroccan girl named Layla is making its rounds on social media. In the image, she asks King Mohammed VI to lift Morocco’s ban on Skype so that she can talk to her grandparents.

The picture, which was posted on Facebook around 11 a.m. on Thursday, shows a 4-year-old girl holding a standard piece of paper with a message for Morocco’s King Mohammed VI.

“We live in the UK and we used to Skype grandma (Lmima) and grandad (jeddi) in Morocco everyday,” the paper reads. “Now we can’t and we miss them a lot. I am 4 years old, I am half Moroccan, and I love my grandparents. Please help us.” 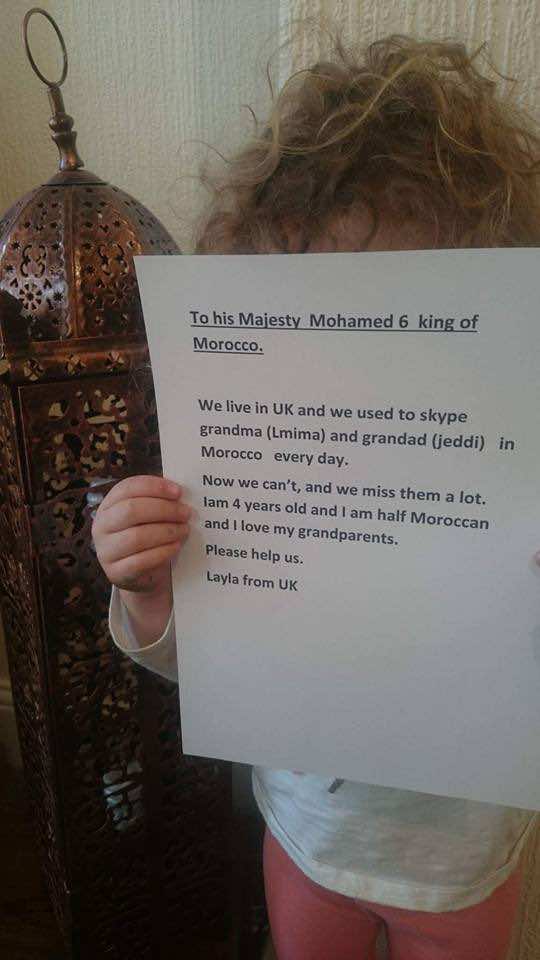 Layla’s message refers to the National Telecommunications Regulatory Agency’s (ANRT) recent ban on VoIP-enabled services, which include popular mobile applications, such as Skype, Viber, and WhatsApp, and FaceTime.

The agency said it put the ban in place because the companies that operate the applications do not have a license from the government to provide VoIP services.

On Wednesday, a petition posted on Avaaz.com urged the Moroccan head of government Abdelilah Benkirane to repeal the ban. By Thursday, the petition gained the support of more than 5,000 signatures.

Inwi, one of Morocco’s telecom companies, has also opposed the ban, insisting that it “does not benefit” from it financially. The company also withdrew its sponsorship of the Maroc Web Awards in protest of the restrictions.