New York – The recent dispute between Morocco and various European institutions over the European Union’s (EU) court ruling that invalidates a major farm trade deal of Sahara products   comes at an inopportune time for the EU. The EU is balancing gingerly between dealing with an unprecedented refugee crisis, the slim but disturbing possibility of the United Kingdom’s exit from the Union, working with NATO allies to prepare for any future aggression by Putin’s Russia, and the dilemma of the Syrian Civil War.

In light of this complex international situation, the EU needs all the strong alliances it can get. And Morocco has proven to be a stalwart ally on the defense and security fronts, playing a significant role in combating terrorism and sharing intelligence in the aftermath of recent attacks in France. In its ongoing investigations in other countries, Morocco helped the French police to locate the hideout of the Paris attackers. Furthermore, the EU and Morocco sought to deepen their relationship on other fronts through a recent free trade agreement.

Last week, the EU has appealed the December court decision invalidating the agreement, which leaves Morocco in jeopardy. Rather than a comment on the break in contact following the Moroccan government’s statement, the court decision itself appears to be more political than based in international law.The conflict over the desert land between Morocco and the self-proclaimed Sahrawi Arab Democratic Republic (the Polisario Front) receives limited coverage in the media. This piece of land was once conquered and colonized by Spain, but in 1958, Morocco formed a force to reclaim the territory from Spanish colonizers. Many parents of the current Polisario Front activists were involved in the reclamation of the land, which, at the time, was populated by nomadic groups who remained Moroccan citizens.

Soviet-backed Algeria, however, invited a portion of the nomadic groups residing in that territory over to its own land, and proceeded to instigate a separatist movement that identified itself as a national liberation movement, the Polisario Front. This group of Moroccan citizens claimed the Sahara land as its own independent state, though that land was never independent, and no separate nation, other than nomadic tribes, had ever existed there. Some of the members of these tribes later resettled in other Moroccan territories and integrated with the rest of the population.

The Soviet Union, which sought spheres of influence against the West in Africa, saw this situation as a perfect opportunity to support another separatist movement, and thereby cause problems for the nearby pro-Western state. It backed Algeria in its proxy war against Morocco, and assisted in financing terrorist attacks.

International law puts a particular emphasis on respecting treaties between states. A court intervention invalidating an entire agreement over inclusion of products from what the UN considers disputed territories is a bizarre interpretation of the obligations to the parties involved. Not only is it not required by international law (making this an example of judicial activism rather than interpretation of existing law), but it actually harms the party it claims to be protecting with this decision.

Individuals and groups residing in the disputed territory stand to benefit from the trade agreement, and some of their own products are covered by their deal. As they are considered Moroccan citizens by the Kingdom of Morocco, they benefit from all trade agreements, but this decision will prevent them from gaining access to important financial aid that they could use for regional development. In fact, this previously underdeveloped area benefits particularly from heavy investment from the state.

Interference with free treaties in such a manner runs counter to the letter and spirit of existing laws. Furthermore, it creates a situation where the intended beneficiaries fall prisoner to the sanctimonious interventionism by allegedly well-meaning outsiders, who, in reality, will not contribute towards the development of Sahara. The judges heading the European institutions on the side against the Kingdom of Morocco in financial dispute, in fact, care nothing for Sahrawis (otherwise known as Moroccans). Their humanitarian and human rights considerations are of dubious sincerity.

Of course, all parties lose in this scenario. Morocco and the EU’s growing relationship is damaged as a result of institutionalized interventionism; the Sahrawis lose out on additional financial benefits, and yet another avoidable diplomatic crisis emerges to top the overflowing cup of international issues facing the EU. What has led, then, to this perplexing outcome? Why did the EU, instead of rewarding Morocco’s outreach and cooperation with its European counterparts, publicly destroy the possibility of any good faith commitments between the two parties with respect to the trade agreement and a settlement of the conflict? The answer is contained within the problem itself.

The countries that stand to benefit from destroying Morocco’s image in the West invest heavily into lobbying efforts and recruiting sympathizers in Western circles. Algeria stands to gain from this arrangement, as this measure is aimed at harming Morocco more than in supporting the Polisario Front’s alleged struggle for political freedom. Rather than encouraging privately held and productive multilateral negotiations over a desired outcome, the court’s heavy-handed approach destroys any chance for a productive conversation, causing public embarrassment and creating additional obstacles to effective communication.

Additionally, it sets a dangerous precedent of arbitrary judicial involvement in broad and complex political issues, i.e. using its decision-making power and alleged consideration of international legal issues to broker extrajudicial outcomes in otherwise straightforward and apolitical financial agreements between countries. The arbitrary use of international legal issues in resolving rather narrow issues has been a recent and disturbing trend in European courts, but this invalidation of an otherwise uncontroversial deal takes the hypocritical politicization of every issue to the next level.

The court, in this instance, appears to have overreached its own authority in opining that a dispute over territory between two parties should hinder progress on all fronts. Taking sides on an unrelated issue on the basis of a complaint by the Polisario Front calls into question the court’s objectivity. The excessively broad position that the court takes as a result (rather than invalidating a portion of the deal or making proviso requirements to ensure that the Polisario Front’s interests are protected) furthers any objective observer’s concern that there is a political ploy at hand behind this decision.

The judges involved in the appeals process of this decision should overturn it, and allow the trade deal to proceed as expected, for the benefit of everyone involved. The EU should reach out to Morocco and work to reestablish stronger relations, and come up with an amicable approach towards resolving similar issues as they come up in the future. Additionally, the Polisario Front should consider the practical consequences of its unreasonable demands – the loss of protection, possible attacks and manipulation by other state actors, and its inability to sustain itself as an independent entity. The current situation is counterproductive, and only benefits the real opponents of political freedom.

Irina Tsukerman is a New York based attorney, whose focus is on assisting human rights defenders, liberal democratic dissidents, and persecuted minorities, and who frequently writes about security issues, human rights, international affairs, and geopolitics. 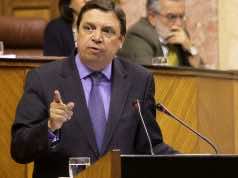