Morocco World News
Home Society Gender issues ‘Be that girl that people look up to’: Interview with Moroccan Blogger...

Rabat – Moroccan blogger, Hind Touissate, has travelled all over the globe. She has spoken at conferences in Turkey, South Korea, Holland, Morocco, and France to spread her message of the importance of education and to inspire young women to fulfill their dreams. With her warm and engaging spirit, it is easy to be inspired by what she says.

This positivity has helped the 25 year old accomplish an incredible amount. From a blogger and traveler to a public speaker to a fashion designer, Touissate has done it all. I spoke to Touissate before her speech at this year’s third annual Aiesec event in Rabat.

What inspired you to do what you do?

Hind Touissate: I think it has always been my dream. I remember being five and watching this cartoon called Montana Jones. There was a lion that travels the world in a private plane to collect treasures and I realized I want to do that when I grow up!

When I was 18, I convinced my parents to book a flight with a bunch of friends (and a teacher) to Turkey, and that was the first time I traveled and the start of it all! So I promised myself that I would go back and live there. The mix between old and new, conservative and liberal–it was my personality!

Apart from the treasure part, I am living the life of that lion now.

How do events like Aiesec fit in with spreading your message?

Hind Touissate: When I first said that I wanted to travel, a lot of people criticized me. For them, a Muslim woman was not supposed to go without her father, husband, or someone to take care of her.

So for me, the message that I spread is that if you are a girl, Muslim or not, do not let people tell you what to do. If they believe in something, you do not have to believe the same thing. If you want to travel, then just travel, that’s the message I want to spread! Be that girl that people look up to. 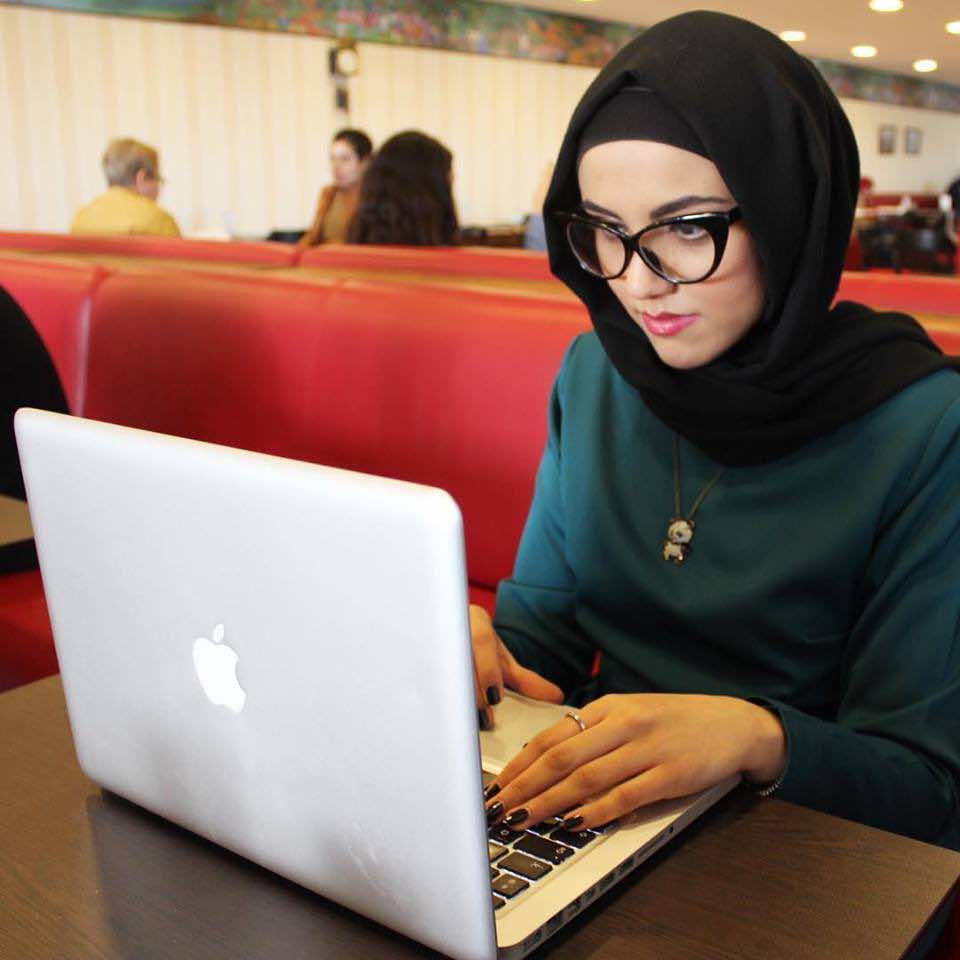 Do you think attitudes towards women are changing?

Hind Touissate: Yes, drastically. A lot of my female friends travel and have blogs and share their experiences with the world. Just five years ago, none of this existed! So it is really changing and for the better. It’s great.

Have you faced any barriers in doing what you do?

Hind Touissate: The mean comments on YouTube or on my blog are one thing, but I ignore them. Aside from that, getting visas to travel places is always a challenge.

What would you tell any young Moroccan women who want to be in your position?

Hind Touissate: Just do it, dream and do! What keeps us from achieving our goals is doing, we all dream. Doing is the magic key. We all fail, but you have to stand up and do it again until it works.