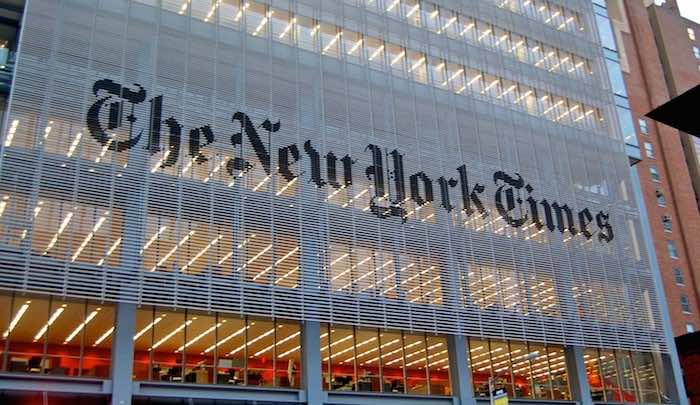 Rabat – A study conducted by consulting firm ‘416 Labs’ revealed that Islam is portrayed by major US newspaper New York Times in a more negative light than a whole host of topics, including alcohol, cancer, and cocaine.

By analyzing online and printed headlines over the past 25 years in terms of sentiment towards particular topics, the study found Islam to be “consistently associated with negative terms.”

President Barack Obama used his speech at a Baltimore mosque in January to highlight the role media plays in stoking the fires of Islamophobia, warning that it has a real effect on influencing hate crimes towards Muslims in American communities.

“Most Americans don’t necessarily know — or at least don’t know that they know — a Muslim personally,” Obama said. “And as a result, many only hear about Muslims and Islam from the news after an act of terrorism, or in distorted media portrayals in TV or film, all of which gives this hugely distorted impression.”

It would appear the results of the study back up the President’s claims. Over the past 25 years of coverage, only eight percent of headlines that referred to Islam were positive, with 57 percent scoring negatively.

Compared to other terms studied, such as Cancer, Alcohol, Cocaine, Republican, Democrat, Islam scored the poorest in relation to negative terms.

In an interview with the website Mondoweiss, co-author of the study, Steve Zhou, explained the motives behind their investigation into the attitudes towards Islam in the press.

“Since 9/11, many media outlets began profiteering from the anti-Muslim climate, though you could probably trace a similar trend back to the Iranian Revolution. We talk a lot about media and Islamophobia, but nobody has done the math. So, we thought it is long overdue to have a quantitative investigation of an agenda-setting newspaper,” he said.