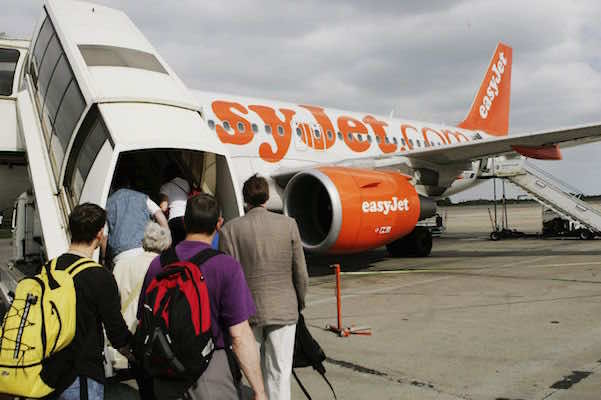 Rabat – Armed police arrested a man boarding a plane in England this week after a fellow passenger saw him arranging a prayer group with friends. The accused claims that he was racially profiled as a Muslim terrorist.

Laolu Opebiyi, a 40-year-old Christian born in Nigeria, was boarding a flight to Amsterdam when a fellow passenger looked over his shoulder and saw prayer arrangements on his mobile phone. According to Opebiyi, the same passenger then spoke to cabin crew, who in turn arranged for the Nigerian to be escorted off the plane by police.

Once off the plane, officers asked Opebiyi to open his bag, who confirmed he was being questioned based on the accounts of the other passenger. To the officer’s surprise they found a copy of the Bible in his luggage. Despite his explanations that he was a Christian who wanted to pray, the police were not satisfied.

“They asked me which church I attend and how long I have been going there,” he said, “They also asked if I have ever thought about changing my religion, to which I replied ‘no’.”

Opebiyi says that the implication throughout the incident was that he was a Muslim, and therefore a terrorist.

“That guy doesn’t know me, and within two minutes he’s judging me,” he said in an interview with the Guardian. “Even if I was a Muslim, it was pretty unfair the way I was treated. I don’t think anyone, irrespective of their religion, should be treated in such a way.”

“If we keep on giving into this kind of bigotry and irrational fear, I dare say that the terrorists will have achieved their aim,” he said.

The incident represents an increasing state of fear regarding religion in the United Kingdom. In 2014, a man was similarly arrested while boarding a plane, after fellow passengers saw him writing in “what appeared to be Arabic script.”