Rabat - Badou Zaki, the former coach of Morocco’s national football team, will become the “General Supervisor for National Teams,” according to Medi 1 TV. 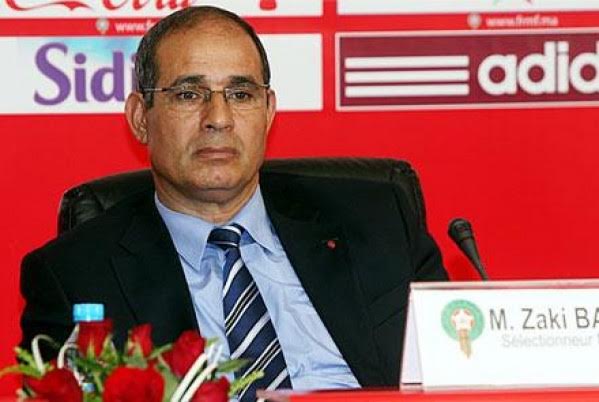 Rabat – Badou Zaki, the former coach of Morocco’s national football team, will become the “General Supervisor for National Teams,” according to Medi 1 TV.

Zaki’s new position comes as part of a resolution with the Royal Moroccan Football Federation (RMFF) after the two parties decided to end his contract as coach of the Atlas Lions with mutual consent.

The RMFF and Zaki will hold a meeting early next week to determine the functions of the new position more clearly and discuss how it will affect the existing administrative structure of Moroccan football.

According to several sources cited by Medi 1, Zaki’s salary will be MAD 500,000 per month, which equals his previous salary as coach of the national football team. The RMFF previously offered him MAD 300,000 for the new position, but Zaki refused the offer and threatened to escalate the matter to FIFA for a MAD 12,000,000 settlement.

Zaki, who is originally from Sidi Kacem, began working as a coach for football clubs right after he retired from the Atlas Lions at age 34 in 1993 after a 17-year career on the field representing several teams.

In 2002, Zaki become the coach for the Atlas Lions, but left the position after three years. He retook his position with the national team in May 2014, however, the RMFF and Zaki mutually ended his coaching contract last month “after 20 months of instability and inconsistent results,” according to a statement by the federation.