Washington - UN Secretary-General Ban Ki-moon should get Algeria and Polisario separatists to listen to the voice of reason, Robert Holley, former US diplomat and expert in the region underlined, stressing that they should embrace the virtues of the Sahara Autonomy Plan. 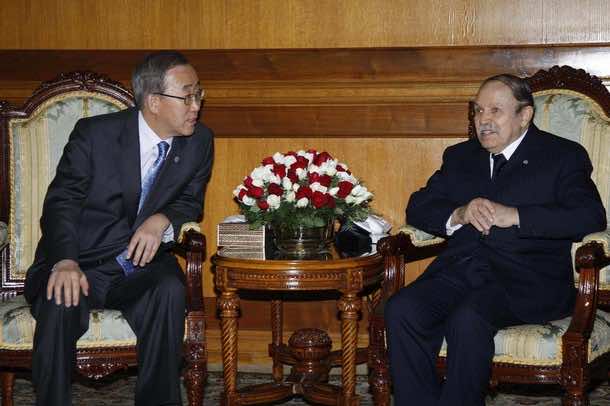 Washington – UN Secretary-General Ban Ki-moon should get Algeria and Polisario separatists to listen to the voice of reason, Robert Holley, former US diplomat and expert in the region underlined, stressing that they should embrace the virtues of the Sahara Autonomy Plan.

Algeria and the Polisario should come “to understand and embrace the reality that a ‘mutually acceptable political solution’ means giving up the idea of creating yet another fragile micro-state in an already fragile and dangerous region,” Holley said in an article published on www.moroccoonthemove.com.

He highlighted that Morocco has put on the table “a more than generous offer” to grant the Sahara an autonomous status, adding that Morocco’s proposal “has been repeatedly acknowledged as ‘serious, credible and realistic’ by both Washington and many others that matter.”

“This problem has only one solution”, he underlined, adding that the United Nations will do peace in a huge favor if it “makes a serious effort at getting the recalcitrant in Algiers and Tindouf to understand that.”

The Algerian regime and the leader of the separatists should “let the people in these gulags choose their own destiny” and allow “those in the camps (who) would like nothing better than the opportunity to go home to Morocco with their families and belongings” to do so, the American expert added.

“It’s time for the Polisario to get out of the way and allow the UN High Commission for Refugees to launch a voluntary repatriation program to assist those in the camps to return home if they so choose,”  he added.

He noted that the UN Secretary General has often warned in public the last few years that the dispute over Sahara has become “a time bomb that needs to be defused as security matters in the wider Sahara/Sahel region continue to threaten the peace and stability of the whole of both northern and sub-Saharan Africa.”