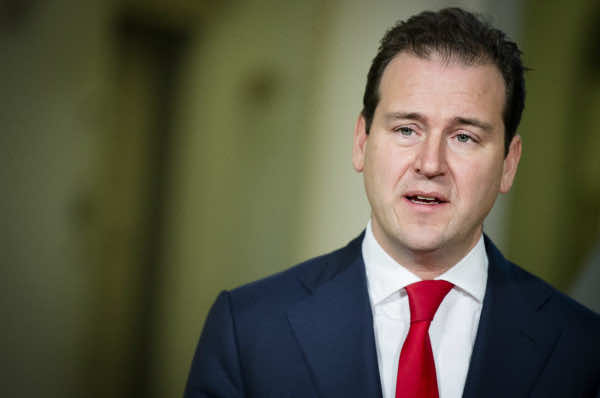 Amsterdam – The Netherlands wants to get rid of the 1972 social security treaty that it signed with Morocco. Thanks to this treaty, Dutch Moroccans who live in Morocco have benefits equal to those in the Netherlands. The current Dutch government, a combination of Social Democrats (PVDA) and Neo Liberals (VVD), finds this “unfair.” The Dutch government assumes that the standard of living in Morocco is much cheaper than that of the Netherlands; therefore, many Moroccans who receive social benefits and live in Morocco lead higher quality lives without the financial stress of those who live in the Netherlands and receive the same social benefits.

The current Minister of Social Affairs, Lodewijk Asscher, argues that all Dutch who live outside the EU should receive lower benefits based on the principle of the so-called “country of residence.” This means that social security payments must be adapted to the standard of living of the country where one resides. The Dutch government claims that it has made agreements for adjusting these payments with many countries but failed to do so with Morocco. The Dutch government has accused Morocco of being uncooperative and unwilling to comply to the suggested new measures.

After years of bickering and negotiations, the Dutch government seemed to have reached an agreement with the Moroccan government in September  2015. The two countries agreed that survivor benefits and benefits for the disabled would be lower in the future. They also decided that after 2021 the child benefit and the child budget will no longer be exported to Morocco. Compensation of health care costs for those staying in Morocco temporarily would be terminated as well. These measures would save the Netherlands several million euros each year.

Everything seemed to be solved. It was assumed that the new agreements would be signed soon. However, the Moroccan government added an additional requirement in December: the Netherlands must also transfer benefits to the Western Sahara. The issue is that the Netherlands does not recognize the Western Sahara as Moroccan territory. Therefore, the Dutch government did not understand this extra demand and decided to end all further negotiation with Morocco.

The Dutch government decided to terminate the social agreement unilaterally. On Feb. 16, 2016, after a debate took place between the Minister of Social Affairs and the House of Representatives, the Senate passed a bill to cancel the General Convention and Administrative Arrangement on Social Security with Morocco. If this treaty is terminated before July 1, 2016, it no longer applies after Jan. 1, 2017. This does not mean that all benefits will end immediately to Morocco, as current benefits cannot be cancelled. Morocco will continue to receive millions of euros on an annual basis.

The Dutch Minister of Social Affairs has said that he still holds the door open for Morocco and sincerely hopes the Moroccan government will come back to the table to negotiate.

However, Morocco remains unsatisfied and it appears that other treaties with the Netherlands, such as those regarding issues of fraud, security and justice, will come under pressure as well. Similarly, negotiations between Morocco and the EU regarding a potential association agreement are now also under threat. If Morocco and the EU resolve their issues and sign a new treaty, the new treaty would include a provision that the Netherlands must resume their benefits to Morocco.

I find the Dutch government rather peculiar on this specific matter, as I ask myself, “Are the benefits adjusted for Dutch people who live in the USA, Japan, Canada or Australia as well?” The cost of living is much more expensive in these countries than in the Netherlands. The Moroccan government asked the same question of its Dutch counterpart, because the Dutch claim to have done extensive research to justify the adjustment of benefits according to this so-called “country of residence” principle. However, the Dutch government has still not shared the results of this alleged research with Morocco despite requests. This is unusual to say the least.

For Dutch people who live in other countries, like Spain, Italy, Hungary, Greece, or Turkey, benefits are not adjusted simply because these countries belong to the European Union or are considered part of European society.

In the midst of all of this debate, ordinary Dutch Moroccans who return to Morocco to enjoy retirement or recuperate and who have spent years working in the Netherlands will be the victims. They will receive fewer benefits for which they have long paid the premiums.