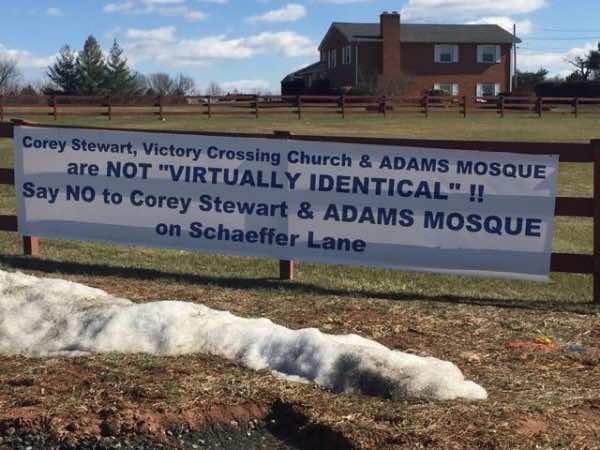 Virginia – An encouragement to shun certain people, cultures or religions is evident in our society in signs displayed on highways, social media, media programs, comments made in political rallies and the list goes on.

Many times the motivation behind this attitude of “like the same, not the different” is fear. Fear of the unknown is the most debilitating factor in making a decision, whether to embrace the fear and choose to change the unknown into personal knowledge or to remain oblivious to the unknown is an intimate individual pledge.

The choice to remain stagnant in knowledge leads to the mentality of fear, releasing noxious words, looks and actions onto innocent people and their beliefs. It becomes a virus of ignorance carried about by some and infecting others who have an unwillingness to venture beyond their small world.  This can easily turn into groups led by good people with the wrong ideas and intentions; their reasoning becoming warped by the supposed truth shared by popular media outlets and their own misguided beliefs.

People are being spoon-fed by the infamous media outlets daily, tales of half-truths and distorted happenings rampant. No matter if ignorance is fought with grace and understanding, there are still the stubborn ones who refuse to acknowledge facts – insisting that they already know something that they have not discovered for themselves.

Americans have criticized other societies for believing propaganda thrown about like bait for the hungry masses, yet we find ourselves in a day and time where many are eating propaganda hook, line and sinker. Comfortable in the realm of non-truths, half-truths and white lies is not a place for the United States and its citizens to successfully exist.

We are called the “melting pot of nations.” Rights were decided in the First Amendment – freedoms to exercise religion, press, speech and right of peaceful assembly. When have these rights been removed? They haven’t. Do we pick and choose to what groups we hand out rights?  It’s impossible and unconstitutional.

The honest, good, hardworking people of the U.S. cannot viably continue to hold such prejudices against certain people, cultures or religions. It is in direct conflict with those who consider themselves religious, educated, culturally aware and venturing even further, human beings with any sort of decency. That does not include self-declared genius, aspirant politicians.

We all have to wake up and decide what is right, what the deciding factors are in a belief that some people, cultures or religions are tainted and another is not. It takes courage to find truth; neither courage nor truth is found in popular media tales or brash political speeches. Seek knowledge; know thyself.