Rabat - Dangote Group (DG), the Nigerian company owned by Africa's richest man Aliko Dangote, announced its plans to buy phosphate from Morocco to feed a fertilizer plant, which is being built in the state of Edo in Nigeria. 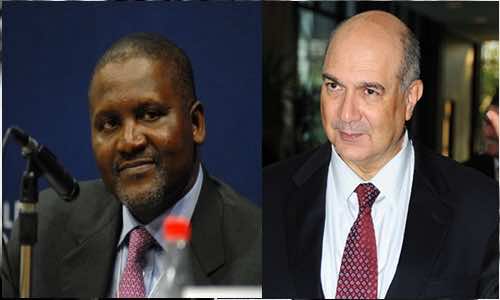 Rabat – Dangote Group (DG), the Nigerian company owned by Africa’s richest man Aliko Dangote, announced its plans to buy phosphate from Morocco to feed a fertilizer plant, which is being built in the state of Edo in Nigeria.

In a business forum in Lagos, Nigeria, Dangote said he was close to signing a deal with a Moroccan firm to supply phosphate, but did not provide additional details.

The new fertilizer plant is part of the DG’s efforts to upgrade Nigeria’s status as a raw materials exporter to a goods exporter, in addition to expanding the West African country’s economy into new markets, the billionaire said.

“Our projects are mainly import substitution.” Dangote added. “We are working to be self-sufficient.”

Over the past four years, Dangote has secured loans and other forms of capital equaling approximately $16 billion to build several industrial projects in Nigeria, including the fertilizer plant in Edo and the largest oil refinery in the world, which began construction one year ago in Lagos.

The Cherifian Office of Phosphates (OCP) announced record sales for the first half of 2015, according to data released last August.

Two weeks ago, Morocco announced the opening of a new fertilizer plant dedicated to the African market near the port of Jorf Lasfar on the Atlantic Coast. OCP has projected total fertilizer production in Moroccan plants to reach 10 million tons in 2017, which would make the country the world’s largest supplier of the agricultural necessity.