Rabat - Seventy-eight percent of working Moroccan women expressed “frustration with tiring working conditions,” according to study conducted by the Forum Azzahrae for the Moroccan Woman. 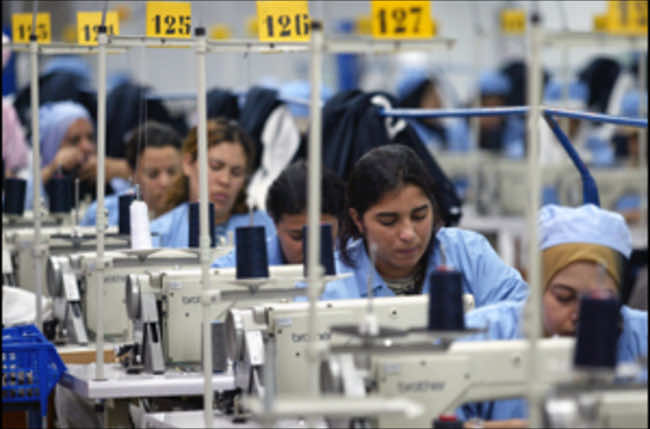 Rabat – Seventy-eight percent of working Moroccan women expressed “frustration with tiring working conditions,” according to study conducted by the Forum Azzahrae for the Moroccan Woman.

In addition, over 50 percent of Moroccan women spend time after work completing household chores and ensuring their children are completing their schoolwork on time. Most of the women surveyed said they received little to no help managing the household after returning from their day job.

The survey, which was prepared by the forum and presented to the United Nations, had a sample size of 341 women who came from different regions of Morocco. Women surveyed held a mix of low-level and administrative jobs and demonstrated a diverse range of demographic factors, including age and socioeconomic background.

Many of the women surveyed said that current legislative texts “do not reflect the needs of Moroccan women to be able to secure administrative leave to fulfill their familial responsibilities.”

The forum, which is affiliated with the Justice and Development Party, added that the presence of women in decision-making positions in the public sector remains low. Even though the number of women in management positions is growing, the ratio of men to women in high-level positions is still slim. According to statistics cited by the forum, women make up less than one-third of high-level public officials.

Official figures indicate that, in 2014, the government did not hire any women in a public office clerk or inspector general positions.

The forum said in its report to the United Nations that the Moroccan government needs to enact legal and regulatory measures to increase the presence of women in the management of public services.