Rabat - In celebration of International Women’s Day on March 8, Amnesty International (AI) released a list of six reasons why a day that focuses on the challenges that women face “is more important than ever.” 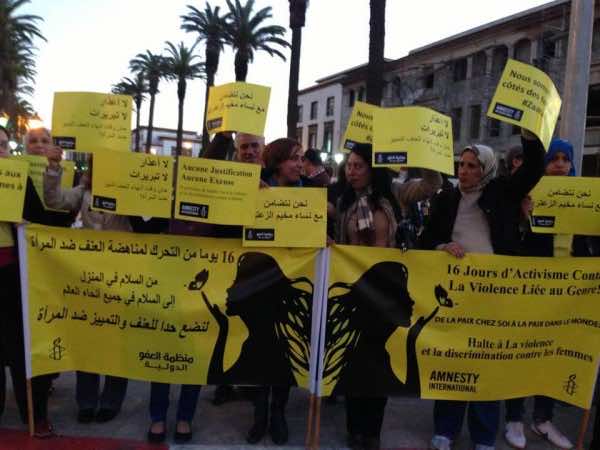 Rabat – In celebration of International Women’s Day on March 8, Amnesty International (AI) released a list of six reasons why a day that focuses on the challenges that women face “is more important than ever.”

The advocacy organization named access to abortion first on its list, as approximately 39 percent of the people on earth live under laws that either totally ban the procedure or only allow it if the pregnancy endangers the mother’s life or health.

Moroccans are among the 39 percent. Currently, abortion in Moroccan laws forbid abortion, unless the health of the mother is in danger.

Last May, King Mohammed VI asked the ministries of Justice and Islamic Affairs to revise the country’s abortion laws. The draft of the new law, which was submitted for adoption in the penal code, included provisions for abortion in the case of birth defects detected in the fetus, incest, or rape.

The next issue on the list involves incidents where law enforcement – specifically in countries that ban abortion – accuse women who have experienced a stillbirth of inducing an illegal abortion and incarcerating them for years, or even decades.

While no reports of such a case have appeared in Morocco, El Salvador and Nicaragua have both had such cases over the past year, according to AI.

Delayed justice for survivors of forced sterilization was the fifth issue of concern. In the 1990’s, approximately 200,000 indigenous and poor women in Peru were sterilized in a program which the UN has been accused of encouraging.

Finally, AI condemned the sexual harassment of women in public spaces all over the world. This year, Morocco further toughened laws against sexual harassment as part of the country’s celebration of International Women’s Day. The new law set the punishment for sexual harassment carried out in person, online, or via cell phone to up to six months in prison and a fine of up to MAD 10,000.

“Women’s ability to control what happens to their own bodies still remains out of reach for millions,” AI said. “On International Women’s Day, let’s remember those women far and wide, and take as many actions as possible in solidarity with them.”